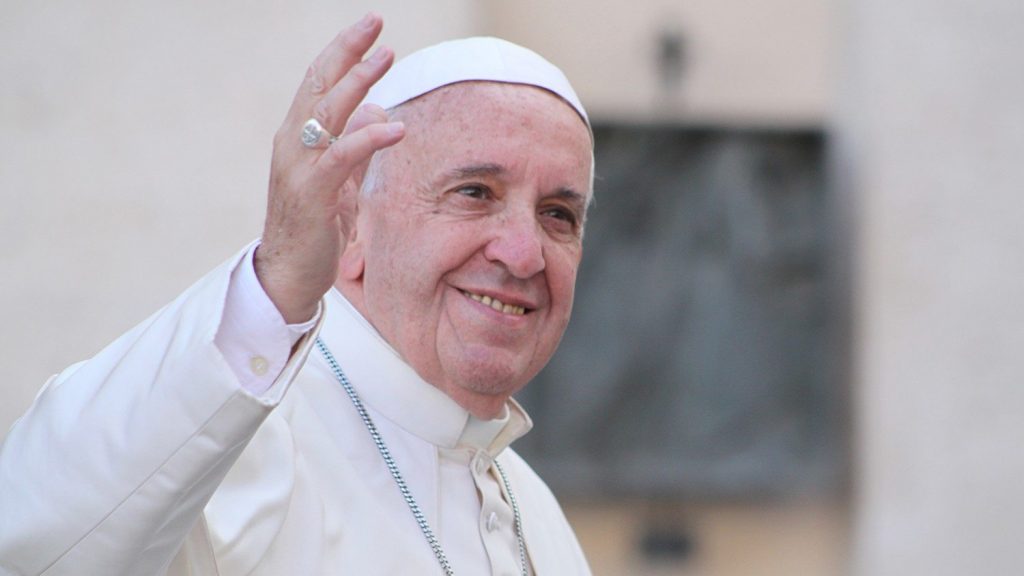 Via Twitter, the Pope thanks those who showed him closeness during his stay in hospital at Gemelli Hospital in Rome. Greetings from religious leaders and heads of state and government

“I have been touched by the many messages and emotion I have received these days. I thank everyone for their closeness and prayers” Pope Francis tweeted on his account @Pontifex. The Supreme Pontiff received many messages of speedy recovery, including the testimony of His Holiness Pope Karkin II, Supreme Patriarch and Catholicos of all Armenians, who yesterday addressed his “beloved brother in Christ”, emphasizing: “We pray to the heavenly Lord to preserve him” and preserve him in his mercy, and to prolong his life, And many fruitful years of my love.”

Many heads of state and government also expressed their closeness to the Pope: for example, the President of the Republic of China (Taiwan), Tsai Ing-wen, who sent a message on Monday, July 5. On the same day, the President of the State of Palestine and the Executive Committee of the Palestine Liberation Organization, Mahmoud Abbas, wrote from Ramallah: “We all pray to God to grant him the necessary health to be able to continue his commitment to finding peace and love among peoples.”

Yesterday it was the turn of the President of the Republic of Turkey, Recep Tayyip Erdogan, who, by “presenting on behalf of the nation”, “best wishes for a speedy recovery”, seized the “opportunity of renewal”. My sincerest wishes for health and wellness to His Holiness and the Catholic world” – and to the President of the Republic of Cyprus, Nicos Anastasiades, who expects “in these hours of personal experiences” a “speedy recovery”, praying “heartily that our Lord Jesus Christ grant your Holiness health and strength.” I, my government and the people of Cyprus look forward Already wishing him a speedy and complete recovery.”

They are also with the President of the Republic of Cuba, Miguel Diaz-Canel Bermúdez, who, on behalf of the people and the government, expressed his wishes for a “full and speedy recovery” from the surgery. On the same day of the operation, the fourth Sunday, the words of Raúl Castro Ruz, who said: “People need your wisdom and moral authority more than ever.”

“Support in prayer” also came from the President of the Republic of Poland, Andrzej Duda, confident that “His Holiness will soon resume his commitments, to continue to guide the Catholic Church and the Holy See and support the whole world with love and hope. The community that is in dire need of your “spiritual comfort” in these times distress.

Also, many bishops do not miss their prayers. Like the members of the Episcopal Council of Latin America (CELAM) who, in a note from its president, Monsignor Hector Miguel Caprigos Vidarte, said they had received “with deep joy the news of the Pope’s good recovery”, adding that “our concern has been prayer and closeness, and with our faithful, as the people of God We summoned the Good Heavenly Father so that your surgery could be successful. “We continue to pray for you. Rely on closeness, tenderness and prayer in this time of healing.

For his part, Cardinal John Asherley Dew, Archbishop of Wellington and President of the New Zealand Episcopal Conference, declared that “every New Zealand Catholic will remember Pope Francis in their prayers”, rejoicing “in knowledge that the Holy Father has coped well with the operation and is recovering” immediately.

Finally, yesterday, Rabbi Arthur Schneider, president and founder of The Appeal of Conscience, sent a message in the hope that the Supreme Pontiff, “Renewed Strength,” can “continue to embrace all humanity with love and compassion” to set you apart.