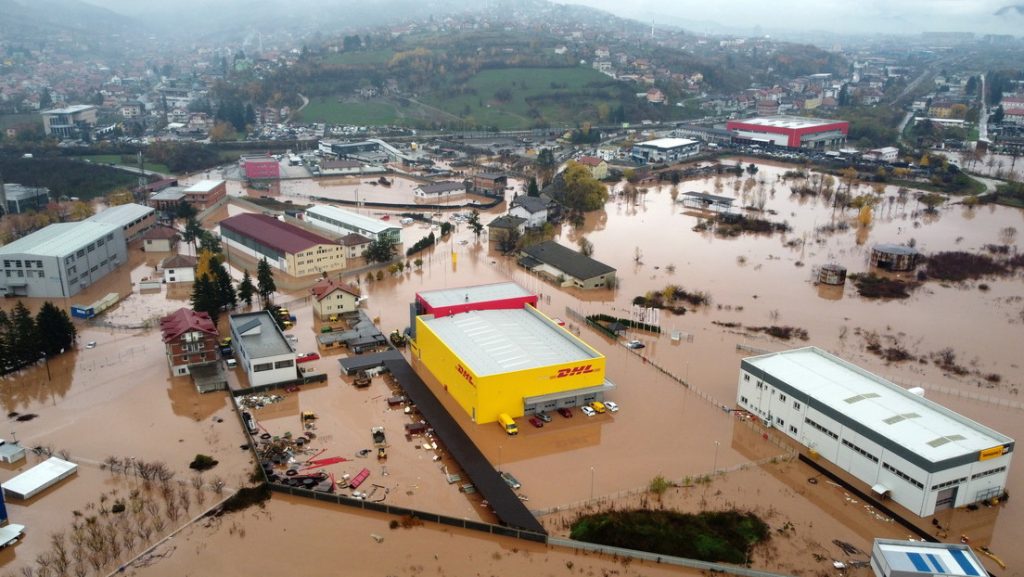 Parts of Sarajevo have been completely inundated, raising fears of a repeat of the deadly floods that killed dozens in 2014.

Videos and photos circulated on social media showing Sarajevo flooded with brown water, some streets turned into swamps and vehicles closed due to flooding.

In one of the photos, you can see how the cloudy water almost reaches the top of the Sehercehaja Bridge, a symbolic work of the 16th century located in the historical center of the city.

Beautiful wild scenes from #Bosnia‘s # Sarajevo This morning. After the severe storms and rains of the past days, rivers in the area have risen, and some suburbs are already under water. Pic: 16th century Šeher-ehajina bridge over the Miljacka River in Sarajevo old town pic.twitter.com/pZFRiLA9VX

Another photo shows an elderly woman being carried on a rubber boat by a team of firefighters, who are evacuating elderly people from nursing homes and private homes.

“It is tragic in many Sarajevo settlements, especially in Otis, where there is no electricity or water. Many citizens are cut off and waiting for help. The first to find them were the brave firefighters of Sarajevo. To their homes.” pic.twitter.com/ZFz4pzYtmb

The heavy rain began Thursday, and will continue, according to the weather service, until Sunday.

The climatic phenomenon has raised fears that a situation similar to what happened in 2014 in the country, when severe floods affected tens of thousands of residents of the region and claimed 44 lives, could be repeated.

See also  AMLO. He confirms that he has already attended the Climate Leaders Summit