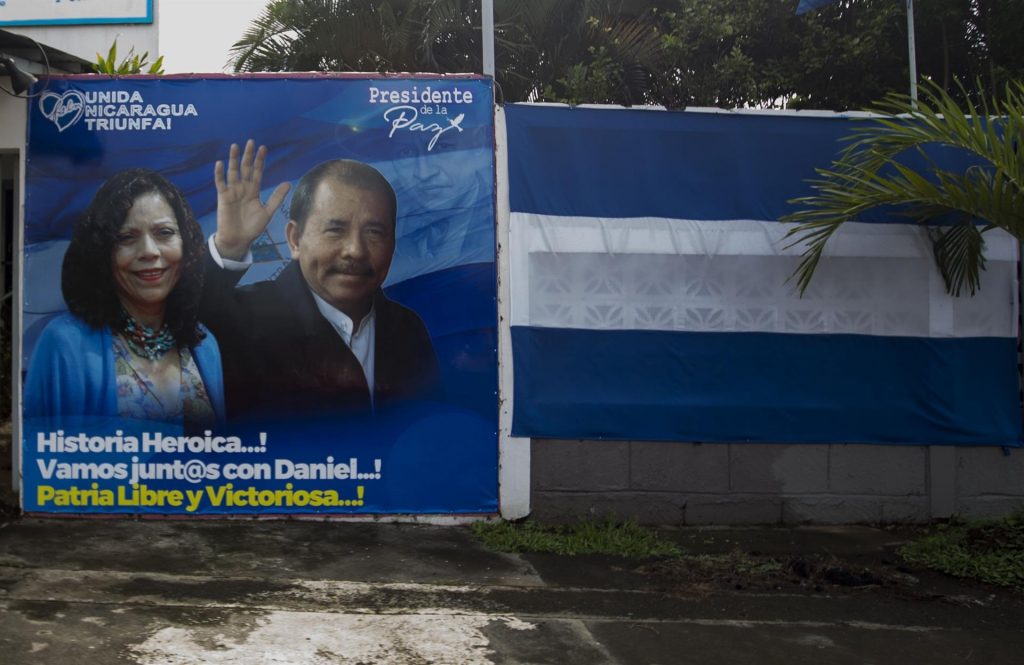 Daniel Zovato, political scientist and manager International idea For America and the Caribbean, note that Mexico government ought to “stop playing“with the”No interference“Be by your side democracy employment Nicaragua, the country that this Sunday celebrates a highly questionable general election and where Daniel Ortega He is on the cusp of re-election in the face of massive and persistent violations of the democratic process.

In an interview with Joaquin Lopez Doriga for your space in Formula RadioAnd Zovato He wondered what the current president of Mexico would have done, Andres Manuel Lopez Obrador, if they canceled their registration in the last elections Brown woman All opposition candidates were imprisoned.

What would Andres Manuel Lopez Obrador have done if Morena’s legal personality had been abolished in the last elections, when he was running, and all opponents were imprisoned? What would I say: there is no need to meddle in internal affairs?

“Unfortunately, we testify that in addition to the abstentions of Honduras and Guatemala, the governments of Mexico and Argentina again abstained from the vote on the pretext of non-interference and this is complete absurdity: 328 young people were murdered, seven opposition candidates were imprisoned, three opposition parties were abolished.

We must stop manipulating the issue of non-interference in internal affairs and stand by democracy and free and fair elections. He noted that there was a lot at stake in Nicaragua.

Zovato The elections this weekend were ranked in Nicaragua As an “electoral farce” orchestrated by President Daniel Ortega and his wife, the Vice President, sometimes called the “Co-Chair,” Rosario Murillo.

The result is already guaranteed, and we know there is only one contender, Daniel Ortega. All of the main opposition candidates, seven of them, are in prison or under house arrest, and their legal figures for the three main abolished parties have been rescinded. We are entering a flawed process, without legitimacy or credibility, the results of which must be rejected within Nicaragua and by the international community,” he said.

“Since the beginning of the third democratic wave in Latin America, we have experienced political crises, but there has never been a flawed electoral process like the one we are witnessing in Nicaragua,” he added.

Idea Internacional’s regional director noted that many countries are doing their part in besieging Ortega, however, in Latin America there is laziness and where the dictatorship of Nicaragua is allowed in broad daylight.

We mobilize the international community that comes to support the actors in Nicaragua. Yesterday, the US Congress approved birth law It gives several mechanisms for the North American government to corner Ortega; Canada is joining this international coalition, the European Union, but we have a deficit in Latin America.”

Here it is not a question of whether it is a right-wing government or a left-wing government. This relates to whether you are on the side of dictatorship or democracy. In latin america they have to wear clothes Long pants. long pants And to be up to that challenge, basically next week, when the General Assembly of the Organization of American States opens. We hope that Latin America strongly condemns this electoral farce and applies to it Article 21 of the Democratic Charter of the American States and suspends Nicaragua’s accession to the Organization of American States, as well as a set of measures and sanctions to confine Ortega and force him to return to negotiations and re-elections.”

See also  The Government of Mexico can dispose of the deposit to be provided by the International Monetary Fund: Francisco J. Moreno