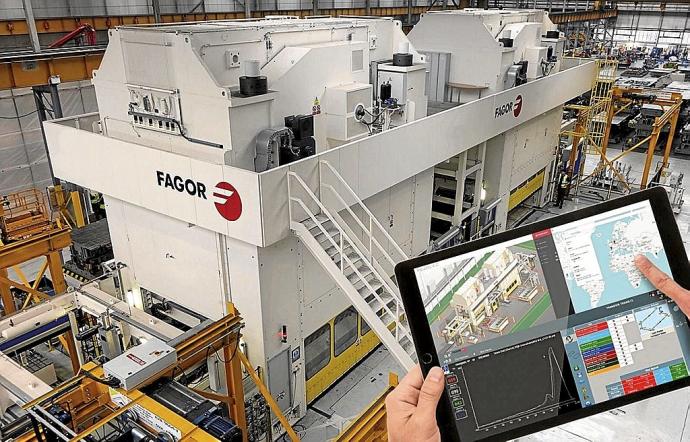 Euskadi is once again showing its digital power by being ranked seventh in the European Union out of 28 in a study by the Orkestra Basque Institute for Competitiveness with data pointing to 2019, the year the UK was still part of the community space. For the third year in a row, it grew in most of the analyzed variables, and consequently, it consolidated within the group of developed countries in digitization.

Basque economy and society have reached a digitization rate of 61.5% according to the DESI 2020 study by Orkestra, bridging the gap with leaders based in Northern Europe and fostering a “strong” basis for stability in competitive positions in which to enhance their digital number. The pulse, according to an orchestra.

To reach these conclusions, DESI 2020 analyzed five dimensions such as communication, digital public services, integration of digital technology, internet use, and human capital. None of these concepts have regressed with respect to the past three years, although some of them show higher levels of progress compared to other concepts that should be promoted.

One of the strengths of the Basque Country is connectivity and digital public services. Regarding the first, the Basque Country ranks third in the EU-28 thanks to the introduction and coverage of both fixed and mobile broadband, although their rates are among the issues that need to be improved.

The digital service overview is the second dimension with the best results and the area in which CAV ranks sixth in the community. In this regard, the Orkestra report highlights the contribution made by various public administrations in the advancement of digitization in the Basque economy and society and pays special attention to Euskadi 2020 digital agenda.

An interesting point is the way in which the digital aspect has been introduced into the business world, which, according to the conclusions of the Basque Country Competitiveness Report, “promotes good results”. In fact, the digitization of the business sector as a whole places CAV in second place in the EU-28.

This strength relies on indicators such as the high use of electronic information sharing and social media, giving the Basque country the number one European position, while other business practices such as the availability of big data and the use of the cloud are also above the European average.

However, in business, there are also aspects that could be improved, among which Orkestra points to the need to deepen the use of e-commerce, an activity in which the fabric of Basque production and services does not reach the average society.

Areas for improvement Although communication, public services and integration into the business world are the dimensions in which the Basque Country demonstrates its continuous training and progress over time, there are also other areas that must be addressed in order to maintain competitive positions.

This is the case for Internet use, especially home-made, which shows “very low scores” according to the orchestra. The epidemic changed this scenario, but in the 2019 study year, the level of citizens who used this means of communication or to conduct training courses was much lower than the European average, as well as using this way to conduct business transactions.

On the other hand, human capital is another area for improvement. The DESI 2020 report notes the paradox that CAV ranks first in the European ranking in people graduating in Information and Communication Technology (ICT) and, at the same time, below the average in professionals engaged in activities related to this ICT.

In this sense, an orchestra considers that “there are capabilities that are not fully utilized by the productive fabric”.