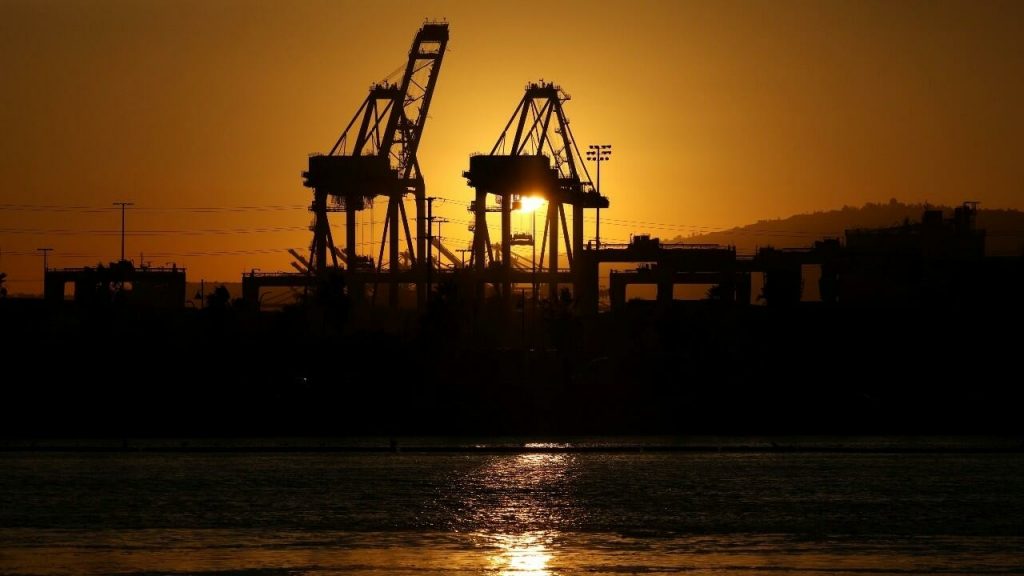 Ports in the US and UK collapsed with ships waiting to berth and containers waiting for distribution. A situation that occurs as a result of the Covid-19 epidemic and threatens the global recovery process, as the International Monetary Fund warned in its latest report.

According to the newspaper “Quartz”, the phenomenon currently emerging is not new, and specialists such as Stephen Roach, who was consulted by the aforementioned media, warned about the situation about a year and a half ago.

Other specialists, according to media such as the Financial Times, have pointed out that during most of the pandemic, which has crippled the global economy, consumers at home obtained a large amount of goods through e-commerce.

Blockades at two US ports, such as Los Angeles and Long Beach, which account for 40% of containers entering the country, have led the government to take measures, including negotiating extensions of operations at both terminals for shipping companies that now operate 24 hours, seven days a week. To speed up the movement of goods and raw materials.

In the UK, the situation is due to a shortage of drivers to fill containers, a fact that opponents of the Boris Johnson administration have used to question the country’s unpreparedness after leaving the European Union.

As a result of problems in the supply chain, many countries are experiencing an increase in its inflation. In addition, many companies cut their production over the next few months due to the scarcity of raw materials.

For this reason, the International Monetary Fund (IMF) in its latest report revised global growth downward for the year, putting it at 5.9% from 6% estimated in the document submitted in July.

With Reuters, the AP, and the US media