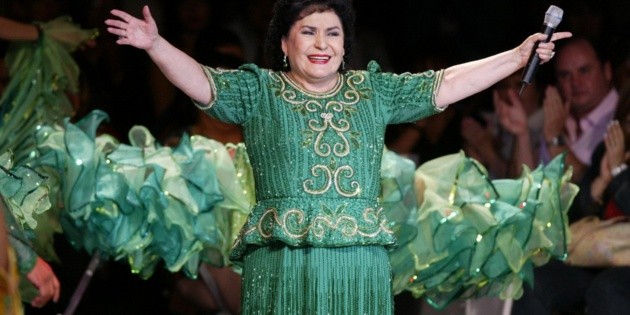 While waiting for 48 hours since Carmen Salinas was admitted to the hospital after suffering a stroke, her daughter, Maria Eugenia Placencia, provided details of her mother’s latest medical report, noting that at the moment There is no semblance of development in a coma She is currently the actress originally from Torreon, Coahuila.

Regarding the CT scan done on Salinas, her daughter indicated that it was intentional cerebral hemorrhage monitoring This caused the actress to be hospitalized.

His other members are fine. It’s quieterI think because of the position they put him in, they are accommodating there, I saw it very calm, I was touching and caressing him, I feel like my mother is listening to me. Now we will keep waiting, 48 hours must come true, We’ll keep waiting and askingAt the moment, there has not been a stronger change, everything is still the same, so we cannot see how it is developing, they are doing everything possible with medicine, with many things. ”

Relatives of Carmen Salinas were questioned about the expenses represented by the actress’s medical care, which Gustavo Briones, Salinas’ nephew, confirmed. Supporting the National Actors Association (ANDA)Since Carmen is a life member of the organization, but she noted that there are likely to be expenses that ANDA cannot cover.

Gustavo Briones, the actress’ 82-year-old nephew, took advantage of the press presence outside the hospital in the Mexico City neighborhood of Rome to announce that the family had been receiving messages via WhatsApp in what appeared to be Chains with intent to defraud over the phone It belongs to Carmen Salinas.

“Regarding my aunt’s WhatsApp, at the moment they tried to hack it, I got messages that they are trying to hack WhatsApp, that you have to enter some code, I obviously didn’t enter it, and I don’t know who he-she is. More than a complaint, because they didn’t They ask for money, I want to alert them.”

“All I want to say is that we have faith, and God has the last word.”

The relatives explained that there are visits by foreigners authorized by the hospital, as his daughter and granddaughter Carmelita at the moment are the ones who have permits to accompany the actress as she is an intensive treatment in the hospital and because of the epidemic protocols it has been ruled out that at the moment it is being analyzed for the transfer of Carmen Salinas to another hospital or the United States: “All I want to say is that we have faith, and God has the last word.”.