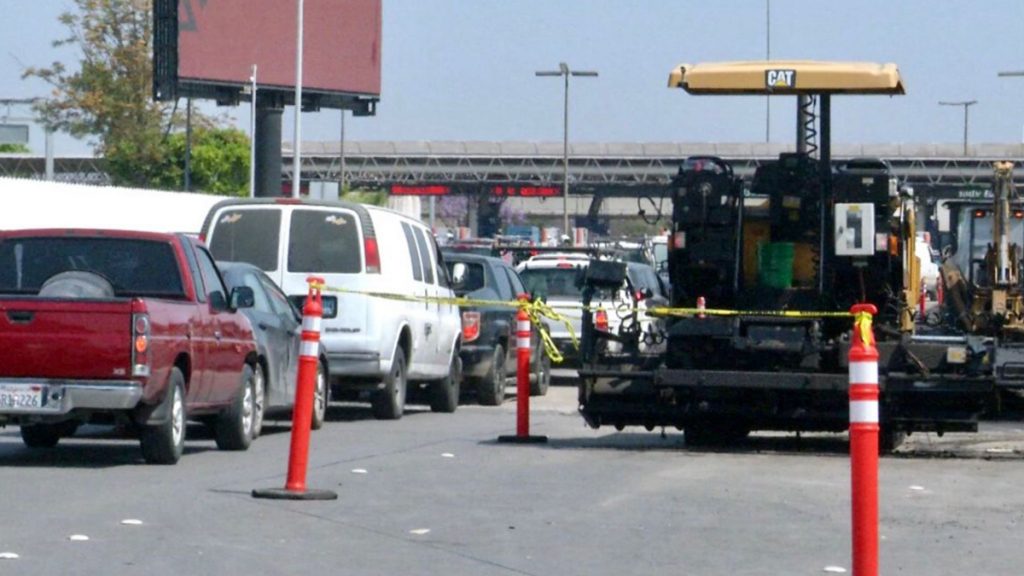 Tijuana – Cross-border mobility and increased transit times in sentry boxes are a vital issue for the Tijuana – San Diego area. The San Diego Association of Government (SANDAG) conducted a study that revealed a $ 3.4 billion economic impact on the border economy from delays in crossing at checkpoints.

Elisa Arias, of SANDAG, told TELEMUNDO 20 that this impact would be much greater if improvements were not made in border ports’ infrastructure. This study, which was conducted over a period of three years, reflected the direct impacts on the transboundary community. “It’s $ 3.4 billion and the loss of more than 88,000 jobs because of these delays at the border, it’s data from 2016,” he said.

Effects that were reversed even before the spread of the epidemic and the restrictions of border crossings. But transit times from Mexico to the United States are a factor affecting workers who have to commute daily from one country to another.

“I go in at three in the afternoon and come four hours earlier,” said Jose Carrillo, a border resident who works in the United States and lives in Tijuana. Jose, like thousands of residents, does not want to risk losing their jobs by being stranded while waiting to cross.

“It’s a little tired and exhausting, but we have to work,” he added.

The lines extend for kilometers, while in the sentry box there are several closed lanes, causing bottlenecks that generate waiting times of more than 3 hours.

Elisa Arias added, “There are many lanes available but the infrastructure must be staffed as well, so if there are personnel available to open all of these lanes, there will be fewer delays, this is a balance between infrastructure and operations.” From SANDAG.

TELEMUNDO 20 has requested information from the Customs and Border Protection office about the reason for the continued closure of the lane and the delays at the current crossing, but we have not received a response; Although there are residents like José Sedano, who attribute this to a shortage of personnel at checkpoints, more comprehensive reviews drawn from attempts to cross borders by migrants and the effects of the pandemic.

“There are a lot of people who have come to live here because of the epidemic and there is more flow of people. We hope they will speed up all of this, and the truth is that there are many closed doors and we do not know what will happen.”

Delays that also affect the pockets of those who have to stay in line.

“We need to cross before 11 am when we cross after 11, and sometimes it takes between two to three or four hours. But if we last for three or four hours, then 30, 20, or 30 dollars will be spent and almost we run out of gas,” he said. Francisco Lopez, a resident of the border.

According to SANDAG, these delays and unreliability of travel time at borders can reduce economic competitiveness and business attractiveness, and discourage tourism.

“It directly affects the two economies, both in the United States and here in Baja California, so I think that after a year of the pandemic, a year of economic crisis for closed companies, what we all want is an economic recovery,” said Carlos Cruz Ancondia, Chairman of the Tourism and Convention Committee. In Tijuana, “This will become disincentive and encourage economic recovery.”