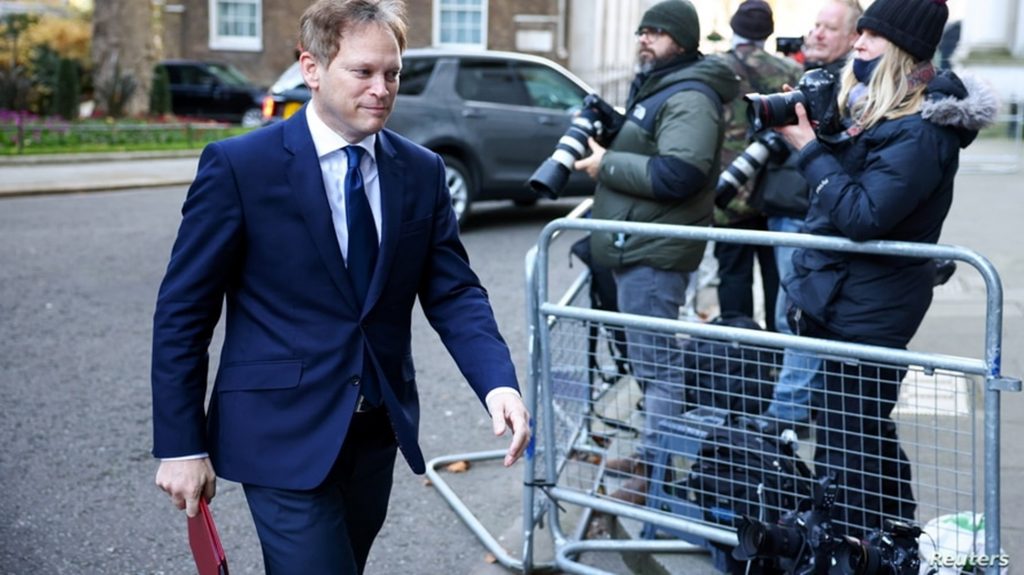 British Transport Secretary Grant Shaps announced that Boeing 777s with engines such as those of a US airline that caught fire over the weekend will be temporarily banned in the UK.

Monday’s announcement comes two days after United Airlines Flight 328 suffered an engine failure shortly after it left Denver, Colorado International Airport, en route to Honolulu, Hawaii. Large chunks of the engine fell on yards, fields, and homes in neighboring Broomfield, Colorado. There were no reports of injuries on the ground or on board the flight, which was carrying about 240 people. The pilot managed to safely return to Denver.

The aircraft was powered by Pratt & Whitney 4000 series engines.

According to the British Civil Aviation Authority, the country’s airlines do not operate aircraft with such engines. Foreign airlines operating such aircraft will not be able to enter British airspace for the time being.

“Following the Pratt & Whitney 112-4000 engine accident on a Boeing 777, we have discontinued the use of this configuration in UK airspace,” the CAA said in a statement. “No UK airline is using it. It is operated by airlines in the US, Japan and South Korea, as the authorities have also discontinued its use.”

United American Airlines also announced that it will act “voluntarily and temporarily” to stop 24 Boeing 777s. “We will continue to work closely with regulators to identify any additional steps,” the airline said on Twitter.

See also  Budgets: The UK will raise corporate tax to 25% in 2023 Economie

The US National Transportation Safety Board (NTSB) reported: “The initial inspection of the aircraft indicates that most of the damage was confined to Engine No. 2, with minor damage to the aircraft. The aircraft is still being examined and documented.”

The NTSB also says that cockpit flight data and sound recording boxes have been transferred to its laboratory in Washington for analysis.

The US Federal Aviation Administration, or FAA, has also called for “extensive inspections” of Boeing 777s with specific Pratt & Whitney engines.