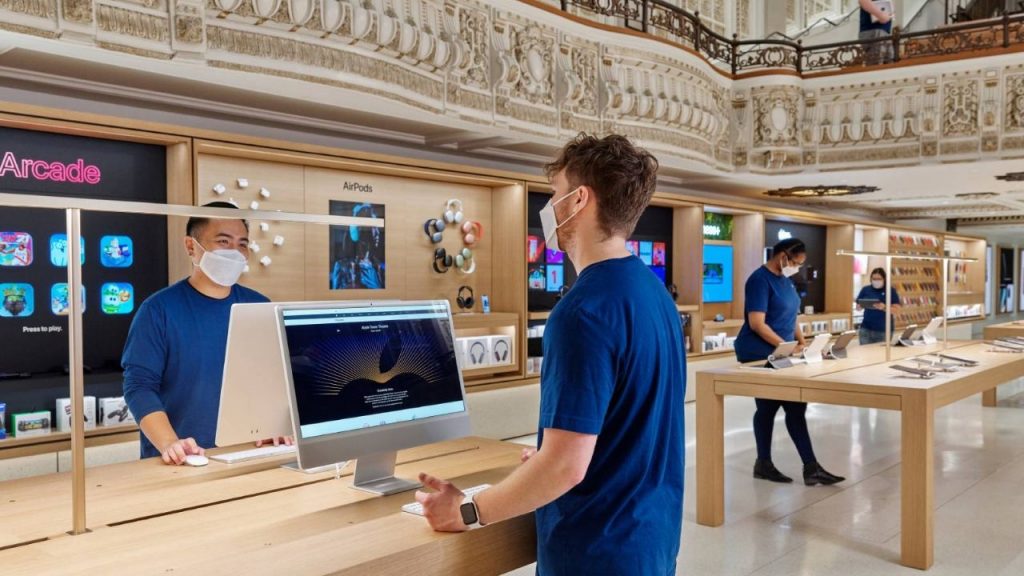 MEXICO CITY (apro). Apple tech workers have expressed their rejection of the hybrid workday from next September, proposed by CEO Tim Cook.

According to The Verge, Cook told employees they would have to report to work in person three days a week, which has not satisfied the workforce so much that they threatened to quit if they were forced to leave the home office.

Some workers have already started to resign and others are considering taking legal action against Apple, which is located in Cupertino, California, United States.

“On the Slack channel of nearly 6,000 members, at least 10 people reported their intention to resign due to the new measures taken by Apple. One employee noted that he was denied the ability to work from home, despite the law This is allowed through the Americans with Disabilities Act (ADA), which guarantees the rights of people with disabilities in the United States. unocero.com.

This employee announced, “I’m going to lose my job in September.” For this reason, he added, employees organize to force managers to negotiate work schedules or sue the company.

“I am absolutely angry that this remote policy is now affecting people with disabilities who have already disclosed their disability and were previously internalized to working remotely. What kind of message does that send to the disabled workforce?”

On June 4, employees sent a letter to Apple managers expressing their disapproval of the office in person.

“We would like to take this opportunity to express a growing concern among our colleagues. Apple’s flexible policy of location/remote work and communication around it has already forced some of our colleagues to resign.

“Without the inclusiveness that flexibility provides, many of us feel we have to choose between the combination of our families and our well-being and enable us to do our best work or be part of Apple,” the letter noted.

They even conducted an internal survey where nearly 90% of 1,749 people surveyed expressed concern about hybrid work and would prefer working from home.

On July 2, Cook emailed them to tell them that after a long period of remote work, starting in September, they should be back at Apple offices on Mondays, Tuesdays, and Thursdays.

“Apple is said to be testing a work-from-home program ‘flexible retail’ for store employees,” The Verge reported on July 1.

Most employees can work remotely twice a week and up to two weeks a year, as long as the manager agrees.

This measure contrasts with those taken by Facebook and Twitter which have told their employees they can work from home forever, even after the pandemic is over.

Managers maintained a hybrid scheme attitude of attending offices three days a week, but in response, workers said they were willing to quit if the labor system changed.

“Over the past year we have felt not only that we have not been listened to, but that, at times, we have been actively ignored. Messages such as: ‘We know that many of you are eager to reconnect in person with your office colleagues,’ without messages acknowledging the existence of conflicting feelings between us, You feel scorned and heroic.

“There appears to be a disconnect between the way the executive team thinks about remote/flexible working on site and the live experiences of many Apple employees,” said the message, which was posted to the advocates’ Slack channel. It has 2,800 members.

The Senior Vice President of Retail and Individuals sent a response saying that personal collaboration was “essential” and indicated that the company would not deviate from its current focus.