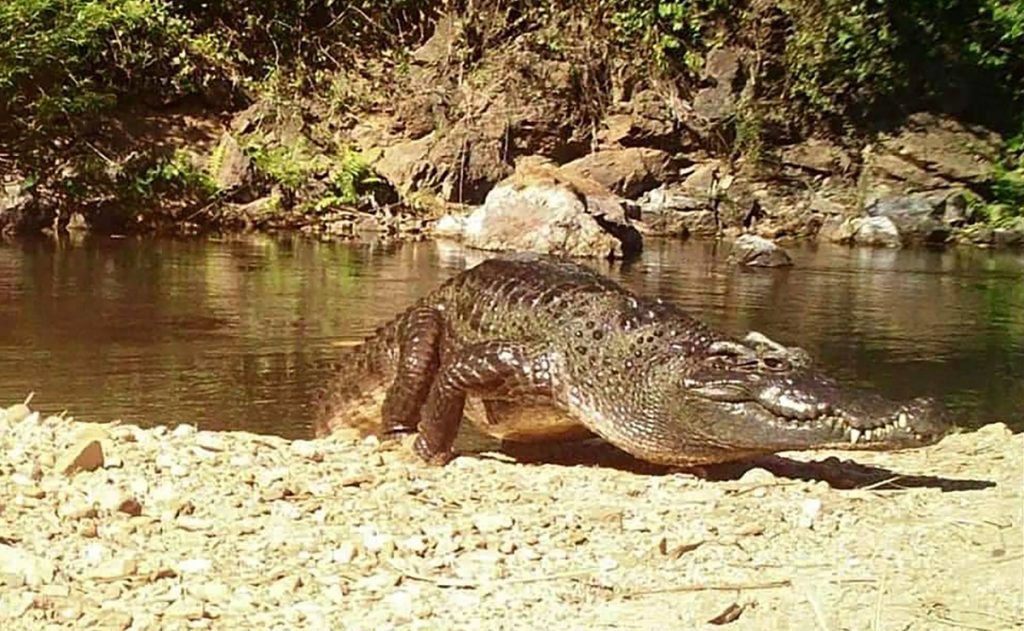 A copy of Siamese crocodile, a Almost extinct species at Thailand And endangered in Southeast Asia, it was captured in photography in a national park in the southwest of this country.

The authorities of Kaeng Krachan Park, adjacent to the border with Burma (Myanmar), this Saturday, on its Facebook page, posted photos of the crocodile, about 3 meters long, taken by a camera located next to the river where the river was bathing in it. .

Park officials noted that it is rare to see this freshwater species in Thailand, although in Cambodia it is estimated that there are a few thousand specimens.

The Siamese crocodile (Crocodylus siamensis) can be up to 4 meters long and are hunted illegally to remove its skin or transport it to farms where it is exploited for its meat and for the manufacture of items such as bags and shoes.

Also read: This is the last white giraffe in the world. Carries GPS to protect it from hunting

The species is threatened with extinction according to the red list International Union for Conservation of Nature (IUCN, In its English acronym).

Also read: They ask that selfies with primates be banned to avoid human-animal contact

Last November, prof Spotted Leopard, A threatened Southeast Asian species that has become extinct on the island of Taiwan, captured by a camera trap placed in a forest in northeastern Thailand, near the border with Cambodia.

It was the first sighting in the area in two decades of elusive cats, which had fur covered in large, irregular spots with a black border and a brown interior that blended with the leaves.