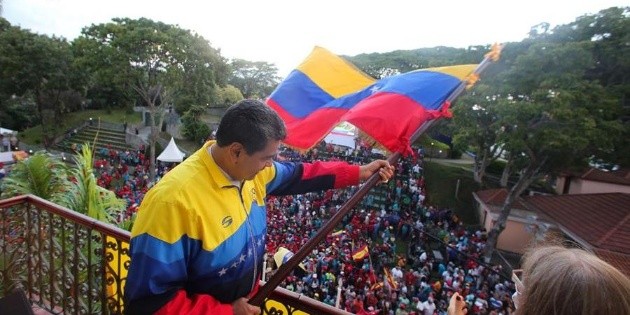 President of Venezuela, Nicolas MaduroToday, Saturday, the United States called on the new administration of Joe Biden to “turn the page”, declaring its readiness for a “new path” in diplomatic relations between Caracas and Washington, which collapsed two years ago.

“We are ready to take a new path in relations with the Biden government on the basis of mutual respect and dialogue.”

Maduro said, “We are ready to embark on a new path for relations with the Biden government on the basis of mutual respect, dialogue, communication and understanding.”

Venezuela “is ready Turn the page and build new paths of respect, dialogue, and diplomatic engagement with the new United States governmentThe president added in a speech he delivered to his supporters from the balcony of the Miraflores presidential palace in the center of the capital. Caracas.

This act coincided with the commemoration of January 23, 1958, the date on which the military dictatorship of Marcos Perez Jimenez fell.

Exactly on January 23, 2019, opposition leader Juan Guaidó declared himself president of Venezuela after the opposition majority that controlled the one-room National Assembly declared Maduro a “usurper”, accusing him of being re-elected with “fraud” in 2018.

The Donald Trump administration immediately recognized Guaidó as interim president and the socialist governor responded by announcing the breakdown of relations between Caracas and Washington, which had been strained since the era of late former president Hugo Chávez (1999-2013).

Maduro continued, “Two years ago, I had to interact with strength and dignity, and from this same balcony, I proceeded to sever all political and diplomatic relations with the United States government at that time.” He celebrated, “Trump is gone!”