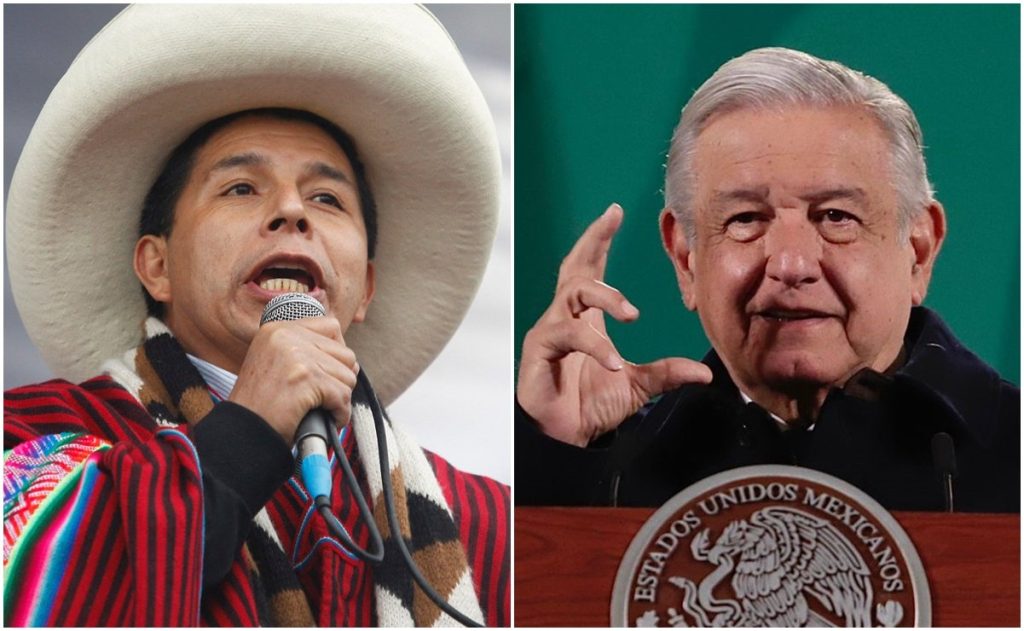 President Andres Manuel Lopez Obrador Reported that the Secretary of the Treasury, Rogelio Ramirez de la OHe said he traveled to Peru to support the country because it was “in a difficult situation”.

in your lecture this monday morning At the National Palace, Lopez Obrador specified that Ramirez de la O went to Peru to support the leftist government in Pedro Castillo.

“It is not only Peru. During the neoliberal period, owners of the world; because this is not spontaneous, and it is not coincidental, they were creating regimes so that a popular leader could not take over, and if a popular leader arrived, they could besiege and restrain him,” President Lopez said. Obrador.

López Obrador commented that it is surprising that, for example, in 20% of the vote in Congress, the impeachment of President Castillo is accepted and in 40% the president is impeached, not even 50 plus one.

He noted that a month after his arrival, Pedro Castillo’s opponents began procedures for his dismissal and 20% agreed, “and fortunately they did not reach 40% in the second vote, I think they needed 52 votes and got 46, that is, they were close.”

Imagine that the province is even supported by Vargas Llosa, something irrational,” via Lopez Obrador.

“The President (Pedro Castillo) asked us for our support because the media launched a whole campaign against him. In addition, he was encouraged, coupled with inflation that affects all over the world but there they mention that he is only from Peru and that it is because of disability. So we went, and we are very respectful, And we support well, especially what can be done to help humble, poor people in difficult times,” said the President of Mexico.

He said that Secretary Ramirez de la Oo was accompanied by the Undersecretary of the Ministry of Social Welfare, who is responsible for projects to support foreign countries in the Ministry of Foreign Relations.

We have to help brother peoples because this is not just support for a president who came out of a popular movement, a leader who was born proudly in a mountainous region. He comes from poor communities,” he said, noting that he spoke with Pedro Castillo.

López Obrador reported that the President of Peru told him that opponents did not want Pedro Castillo to enter Congress with a hat, and that as he walked into Lima, the petiocos, “the equivalent of fifty,” covered their noses.

“Don’t worry about it, you are a leader who came out of the people with great pride (…) It might help you if I told you that the best president of Mexico was a native Zapotec, Someone named Benito Juarez, and pitucas in his time, when they went to the bathroom they said “I’m going to Juarez”. All this suffered from the best president in the history of our country. It’s something that helps understand what reactionary thinking is, what conservatism, classism, and racism are, said López Obrador, and fortunately, people are uplifting.

He added that trade agreements with Europe and others with Ecuador related to the production of shrimp and bananas are being reviewed.