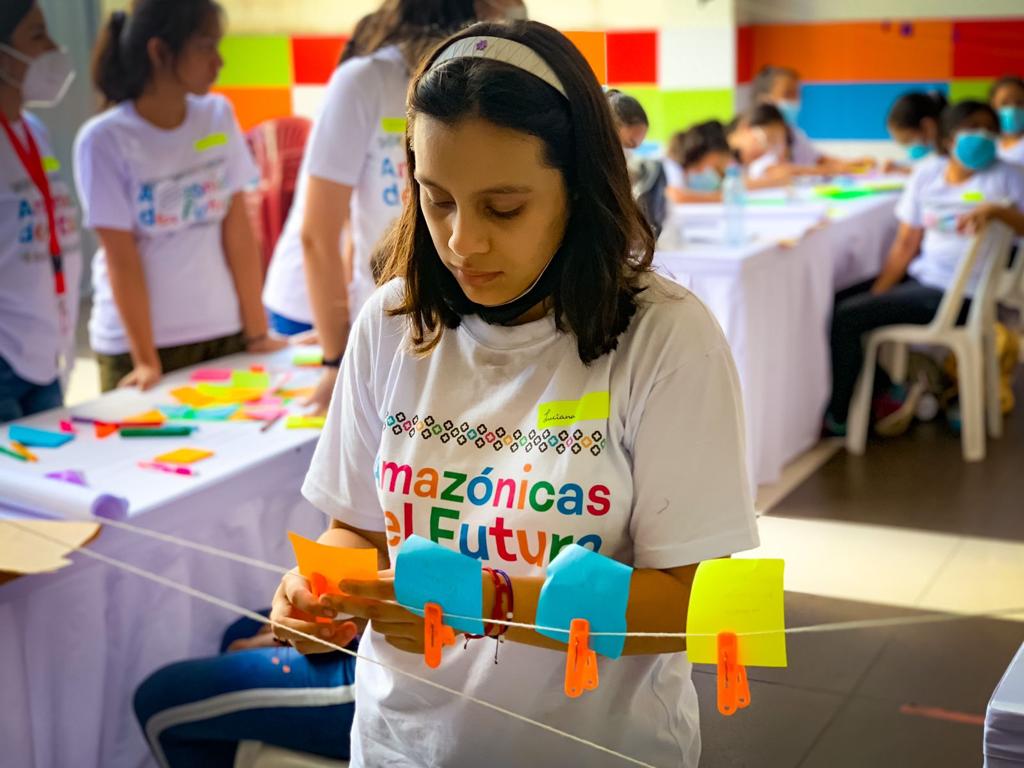 “I was the only woman in a class of 70 men in the UNU School of Chemical Engineering,” Sulli told the girls of the Timico Grande community on the Amazon, before starting the science workshop, where 20 students are participating, for the first time in the Their lives, they’ve conducted science experiments using lab clothing like goggles and gloves, all as part of the Amazon Future program.

Amazónicas del Futuro is a program implemented by Mariella Puch and Cristian Vélez, thanks to the sponsorship of the United States Embassy, ​​the goal of which is to introduce secondary school students from the Loreto region to a range of opportunities in both academic and professional settings. the future by participating in non-traditional activities of this type, such as the so-called STEM (science, technology, engineering, and mathematics) jobs.
The program was developed on Friday 26 in the “Timicuro Grande” community and Saturday 27 and Sunday 28 November in Iquitos, benefiting 101 adolescents from different parts of the region such as Iquitos, Nauta, Farilal, San Joaquin de Omagua, among others. The event was held in the facilities of the “Rosa de América” ​​school, where the students participated in specialized workshops in entrepreneurship, science, technology and innovation where they learned to search for innovative solutions to local problems, as well as the basic principles of science. and robots. Similarly, participants were able to enhance their personal skills through leadership and clown workshops. Similarly, there was the participation of Patricia Perez, Head of the Office of Education and Youth at the US Embassy in Peru, who was able to share with participants about the scholarship opportunities that the embassy offers to young students.
These were the days when local and national speakers with extensive experience shared their knowledge with participants from Iquitos, hoping to inspire this new generation of Amazonian women, who would become the next engineers, scientists and doctors, among others, who would work in search of a better future for the Amazon region.
Amazónicas del Futuro was developed thanks to the support of the US Embassy in Peru, WOMEN CAN DO, AMAZON FOREVER, ENMA, GATIA, RED SHINE and the strategic support of the regional governments of Loreto, Shimbillo Films and Colegio Rosa de América.

See also  It is possible to receive WhatsApp messages with the cell phone turned off, here we inform you