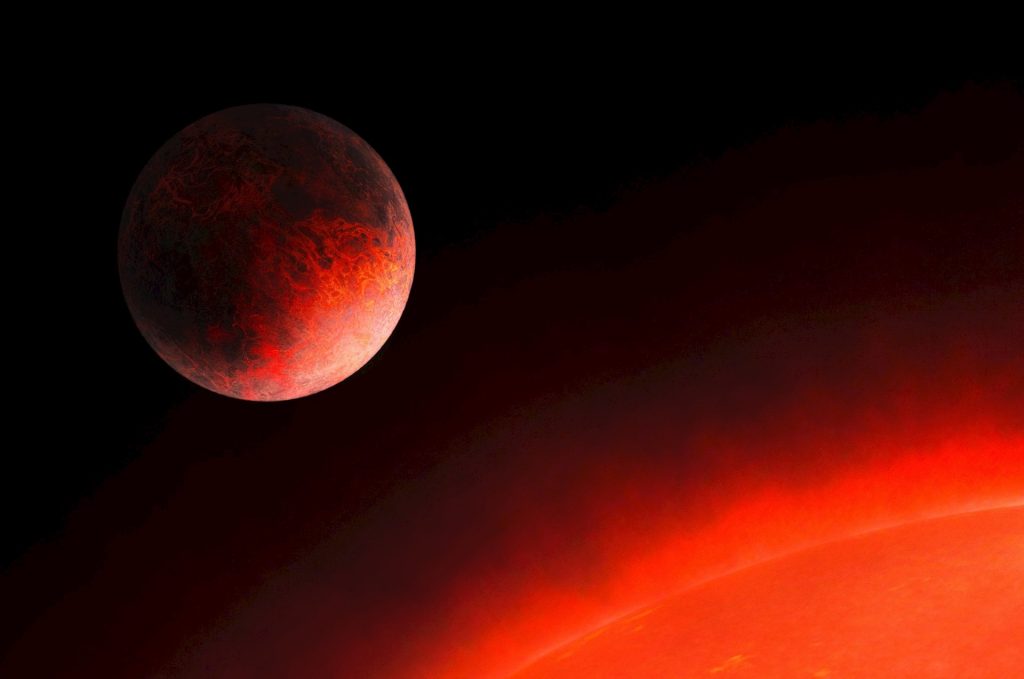 its name “GJ 367 BAlthough it is somewhat larger than Mars, this small, rocky and very dense exoplanet is one of the heavier Among the nearly 5,000 discovered so far. Its origin is a mystery and its study will help to learn more about the evolution and formation of terrestrial planets.

The planet was discovered by an international group of 78 scientists led by the Planetary Research Institute of the DLR (German Aerospace Center) and details of the discovery were published today in the journal Science.

GJ 367 B It has a very large iron core and a small silicate fraction like Earth, a composition similar to that of Mercury, which is the closest planet to the sun in our solar system,” explains Eve. Enrique Ballet, a researcher at the Institute of Astrophysics in the Spanish archipelago of the Canary Islands (IAC) and co-author of the study.

Moreover, this strange exoplanet, which is only 31 light-years from Earth, orbits a star in about eight hours, which means that “its year lasts less than a day on Earth,” the researcher adds.

Like many exoplanets, GJ 367 B It was detected by satellite he-goat The US space agency NASA looking for transiting planets, which occurs when a planet passes in front of its star and absorbs part of the light from the star, a phenomenon that is generally studied from space to prevent the Earth’s atmosphere from distorting the result from observation.

Once it was discovered by TESS, astronomers turned to tools like HARPS, from the European Southern Observatory (ESO) telescope, to determine aspects such as the radial velocity of a star or to calculate with great accuracy the mass and radius of the planet.

The study concluded that because of its properties, GJ 367 B It is an exoplanet fromshort period(USP), which orbits its star in less than 24 hours, with a radius equal to 72% of Earth’s radius, and a mass close to 55% of Earth’s mass.

These data allowed the researchers to draw conclusions about the internal structure of an exoplanet and conclude that it is a rocky planet with a low mass, but with a density higher than that of Earth.

“The higher density indicates that the planet is dominated by it iron core‘, he explains solid shoes, a researcher at the DLR Institute for Planetary Research and first author of the study.

The research also details that the exoplanet orbits a red star called GJ 367 – half the size of the Sun – but so close to it that it “receives 500 times more radiation than Earth than the Sun, which means its surface temperature must exceed 1,500 degrees Celsius”, Spaniard Pal explains.

The study indicates that this temperature is sufficient to melt rocks and minerals at the surface, so GJ 367 b cannot be considered a “second Earth”.

For the Spanish researcher, this planet is “very interesting” because it is “one of the smallest that has been discovered, but also because it is very dense, and this forces us to think about how it got there, because it is almost certain that it did not form there.”

One possibility is that “this solar system has hosted other planets — still out there and we haven’t discovered them yet — and that they interact with them or push them into this orbit near their star,” says Ball.

He concludes, “GJ 367 b is not only one of the smallest planets we know and one that orbits as fast as possible around its star, but it also has a very exciting history that we now have to unravel.”