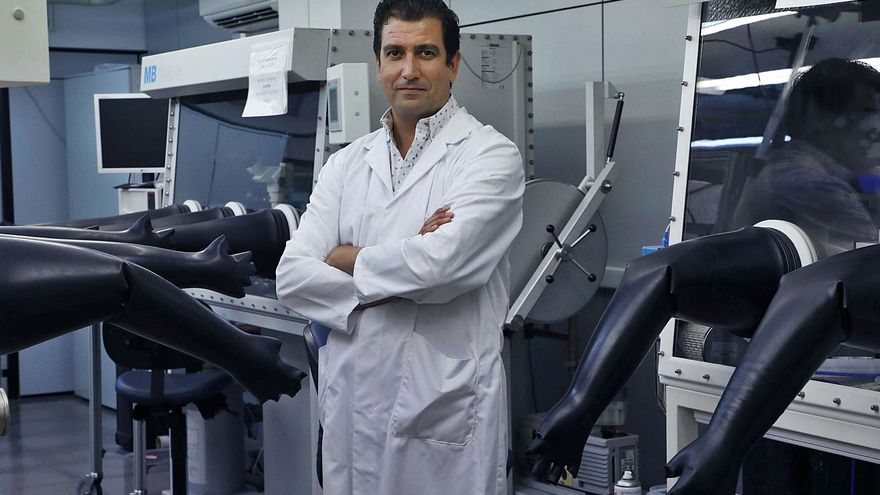 I belong to the first “batch” of the GenT plan and coincided with several colleagues from the university. We realized that, being very innovative, we were “guinea pigs”. We had concerns and questions for the future, and in an event where we all agreed, we saw the idea of ​​partnership and networking for collaboration was good. The Generalitat also told us that it is good to act as interlocutors, because it is more effective to have a common voice. Soon, we laid the foundations and coordinated.

There are already a hundred researchers employed in the various calls of the program. What is the initial balance that can be achieved?

It is very ambitious and the balance sheet is very good. The conditions it offers are at the level of other European aid and allow for the development of large projects. In fact, the people who settled abroad decided to return.

And what is missing in the Valencian community so that these opportunities are created spontaneously and not need a specific program for it?

The question is difficult. On the other hand, economic and labor conditions and financing for conducting experiments; And on the other hand, the effect of having a magnet with people who are very good in the field to which you dedicate yourself. This is the formula for success. It is a very long process, it requires sustainable funding for years and good people to establish themselves little by little and budding people to unite and become a reference. This process is twofold. If we look at countries that have a very well functioning research system, their public institutions (such as CSIC) and universities have talented and attractive recruitment and placement programs.

See also  Yes, there is a dialogue in Notimex

You’ve talked about sustainable financing. One of Accent’s demands is the maintenance of projects started in GenT, once the first contract is over. Is there progress in this regard?

Our interaction with the Ministry of Innovation has always been good, and they convey to us that the program is a firm commitment of the Council, and they encourage and want it to continue; That’s why it has more and more investment. But when we look at practical cases today, it is not clear how there will be stability. There is no rule that says employees settle automatically, and this is one of the big drawbacks that has led to some resignations. Universities have shown their intention, but it remains to be seen how this will be done.

Another goal of Accent is to promote advocacy, train future generations, and contribute to the scientific literacy of the community. how did you get it?

The majority of people in the association have shown a great interest in posting and we are already doing so individually. In addition, we work on a database of researchers by specialization, so that any institution, educational center or communication medium … can contact us. Publication is very important because it is a way for society to realize the value of science.

Any other short-term actions you are preparing?

One of the things we most like to work with is interacting with companies. We are now preparing two events to bring scientists closer to business sectors in Valencia, in order to create collaborations. There is little cooperation and it is a structural problem, like bureaucracy, that is endemic to Spain. Although it is necessary, we should try to reduce it, as it stifles search groups, especially for trying to “login”. This is the reason for missed opportunities and it is unfortunate.

What do you expect from the new science minister, Diana Morant?

We haven’t contacted her, but we saw that she met Secretary Carolina Pascual and they discussed the plan. We believe proximity is important so you know the potential of GenT’s growth, job generation and first-class science. It is a great opportunity for the community of Valencia and Spain, by extension.

Do you think the blow to reality caused by the pandemic and the arrival of European funds will translate into more support for the research system?

The opportunity is unique and is partly what Europe is asking for. If we want to have a strong 21st century economy, the commitment to science is clear, not up for debate. It has been proven that the best countries to come out of the crisis are those that invest more in science. It is the only way to have a resilient economy in the face of geopolitical challenges and to have tools to reorient the economic situation.