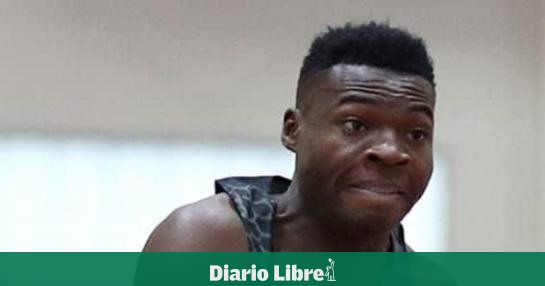 Nigerian sprinters Raymond Ikevuo of Nigeria and Kerry King of the United States have been entered to compete in the 100 and 200 meters during the Classic Felix Sanchez 2022, which will be held next Saturday at Luguelín Santos in Bayaguana.

Ekevwo shows personal bests of 9.96 and 20.84 seconds for those short distances achieved in Morocco and Florida in 2019, while King delivered times of 9.97 and 20.15 in Florida and Tennessee last year, which he confirmed on the World Athletics website.

American successor Roser is the best-reported record holder among foreign entrants with a score of 48.26 in 400 hurdles last April in Waco, Texas. In the 400 flats, veteran Alonzo Russell topped 45.25 seconds in his native Bahamas in 2016.

In the women’s branch, Canadian veteran Khamica Bingham debuted a world record of 22.84 seconds in the 200 meters in Windsor, Ontario in 2015, and Britain’s Adele Tracy set a record of 1:59.50 in the 800 meters in Walnut, California.

In the 400-meter hurdles, American Cassandra Tate had the fastest reported time of 54.01 seconds.

See also  Messi will renew with Barcelona for five seasons

The leading newspapers in the Dominican Republic focused on general news and innovative journalism.