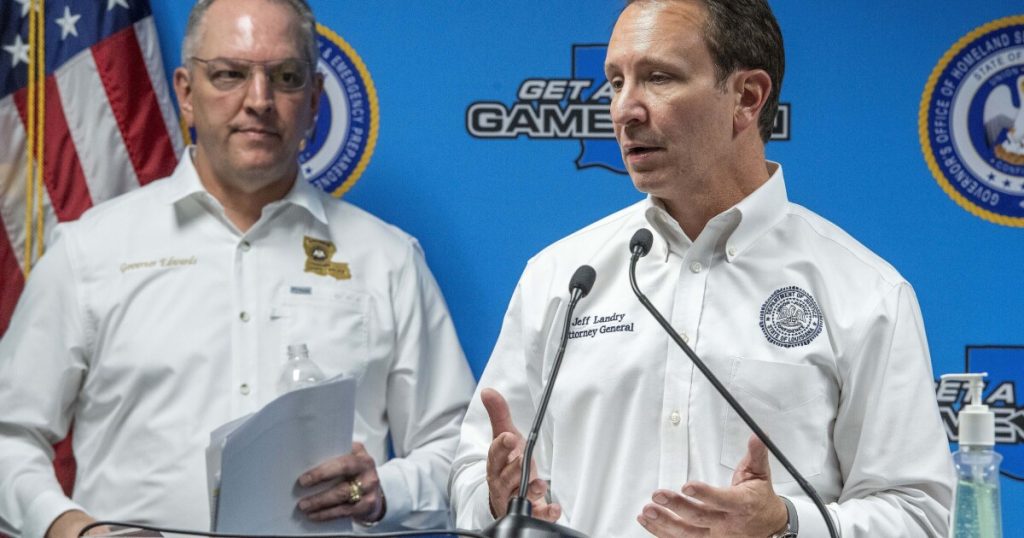 The Federal Court of Appeals for the Fifth Circuit has granted emergency stay to the requirements of the United States Occupational Safety and Health Administration (OSHA) to have these workers vaccinated against COVID-19 by January 4, or need to wear masks and get tested weekly.

“The president will not impose medical measures on the American people without the review and impartiality that the Constitution permits,” according to a statement from Republican Landry.

Labor attorney Sima Nanda said the Department of Labor “relies on its statutory authority to issue the temporary standard for immunization and emergency testing”.

He said the Occupational Safety and Health Administration (OSHA) has the authority to “act quickly in an emergency where the agency considers workers to be at grave risk and a new standard is needed to protect them.”

These circuit court decisions often apply to states within a county—in this case, Mississippi, Louisiana, and Texas—but Landry emphasized that the language used by judges made the decision national in scope.

“This is a great victory for the American people. Never before has a federal government tried so hard to differentiate between the decisions of an American citizen and his or her physician. To me that is the crux of the matter.”

At least 27 states have filed lawsuits to challenge the regulations in various districts, some made more conservative by the judicial appointments of former President Donald Trump.

The Biden administration is promoting mass vaccination as the fastest way out of the COVID-19 pandemic, which has killed more than 750,000 people in the United States.

The government says it is confident that its requirement, which includes fines of nearly $14,000 per violation, will meet legal challenges in part because its safety standards take precedence over state laws.

The New Orleans-based Fifth Circuit said it was delaying the federal vaccination requirement due to “serious constitutional and legal issues” raised by plaintiffs. The government is due to provide an urgent response to the request for a permanent injunction on Monday, followed by the petitioners’ response on Tuesday.

Lawrence Justin, a public health expert at Georgetown Law School, has found it alarming that a federal appeals court is suspending or deferring rules in a health crisis, given that no one has the right to go to the workplace “without a mask, no vaccine and no testing.”

“Unelected judges do not have the scientific expertise to question OSHA health and safety professionals,” he said.