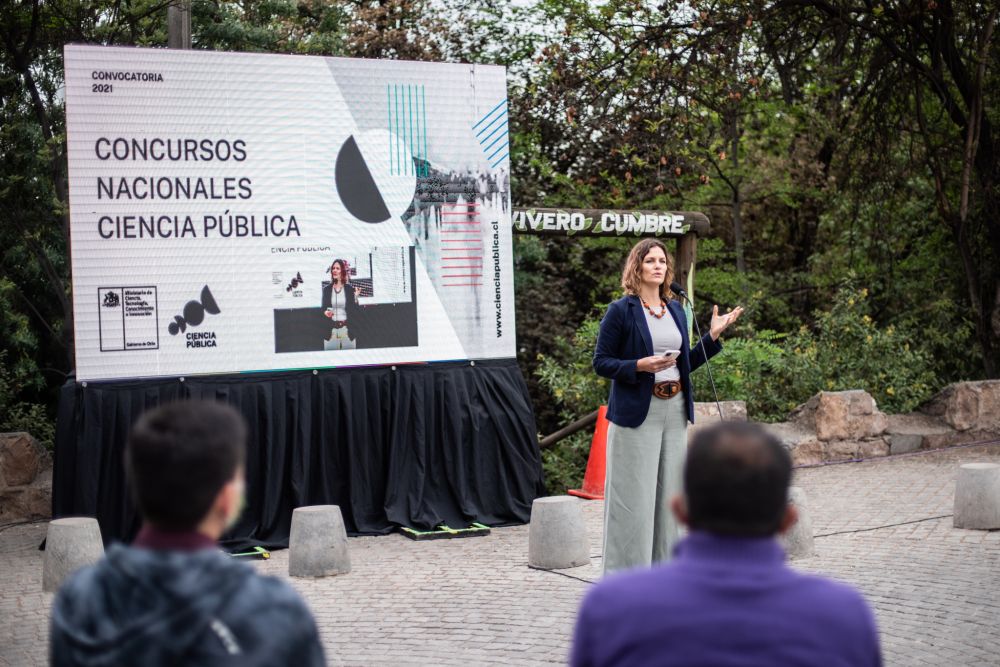 The Ministry of Science has officially announced the list of winners for the 2021-2022 edition of the “General Science for the Dissemination and Socialization of Knowledge” competitions. This year, two initiatives were awarded from the region, one aligned with community projects, “The Simpson Valley’s Edge: Natural Laboratory for Heritage Rescue” for Coyhaique, and the other to public spaces, “Pasareleando entre la Ciencia y la Cultura” for Turtle.

The Minister(s) of Science, Technology, Knowledge and Innovation, Carolina Torrealba, announced 61 projects selected in the national competitions “General Science for Knowledge Uncovering and Socialization 2021-2022”, a tool that seeks to disseminate knowledge generated in the country and regions For the population, bringing scientific experiences closer to citizens in different and entertaining ways, and thinking about different target audiences.

Two initiatives were selected in the Essen region. The first, which will be held in Turtel and corresponds to the category of public spaces, is called “Pasarilindo between science and culture”, and will be implemented by the University of Concepción. This consists in the installation of a transparent tunnel 20 meters long in a public space, which will allow passers-by and visitors to insert themselves into the landscape, with abundant hillside vegetation on one side, and on the other, the landscape from the fjord. The tunnel will contain attractive graphs and interactive modules that will provide scientific information on the area, in a close and entertaining way, while highlighting the strategic importance of Turtle, between the northern and southern ice fields.

The second funded initiative is “Simpson Valley’s Edge: Heritage Rescue Natural Laboratory,” which falls under the category of community projects, and will be implemented by the Simpson Valley Parents and Guardians Center. This will lead to the implementation of the scientific method from the citizen’s point of view, through the discovery of various knowledge about the environmental impact caused by the ecosystem, linked to new social and economic activities. Also, learn from the historical record what the valley looked like, and think about how it was recovered. This project seeks for the community to have better and new scientific tools to understand the problems that affect them, and for people to become champions of solutions that allow the protection of the ecosystem and heritage.

“Public Science has doubled its budget this year to $1.93 billion and funds 61 community, regional and outreach projects. This initiative responds to the challenges we face in the future, because it hopes to transform our country through knowledge, not only through those who build science and technology, but also through a diverse group of people who are able to turn this knowledge into tools of change, from the social appropriation of science, Which makes us proud of our land, its diversity and its richness,” expressed the Minister(s), Carolina Torrealba.

Seremi de Ciencia, Pamela Santibanez, noted that “the first axis of the national policy for science, technology, knowledge and innovation is the connection with society, to achieve this connection and to distribute the knowledge that is created through scientific work we need the public. The tools of science as tools to achieve the goal. The distribution of knowledge must be This is in different ways and designed for different target audiences, because we need to reach everyone with knowledge, not just focus on the school audience.Two projects will be implemented in the district: one for community projects in Koejík and the other to enter a public space in Turtel.I congratulate those who got the money, and I congratulate the residents Turtell who would have a new space to connect with science and their environment, but also motivated all those who applied, but did not get prizes, to keep trying, because we need a lot more to achieve this connection between science and society in the regions.”

A catalog was also presented that collects all the projects awarded in the three competitions 2021-22 and that represents the great diversity of forms and themes, which will bring knowledge throughout Chile and encourage citizens to customize them. Available for download at www.cienciapublica.cl/concursos

Along the same lines, from MinCiencia they emphasized that the projects selected represent 15 regions of the country, through which they seek to decentralize the dissemination of knowledge, generate new experiences, link research with the cultural world, and create local knowledge from communities and social organizations.
More information at www.cienciapublica.cl.