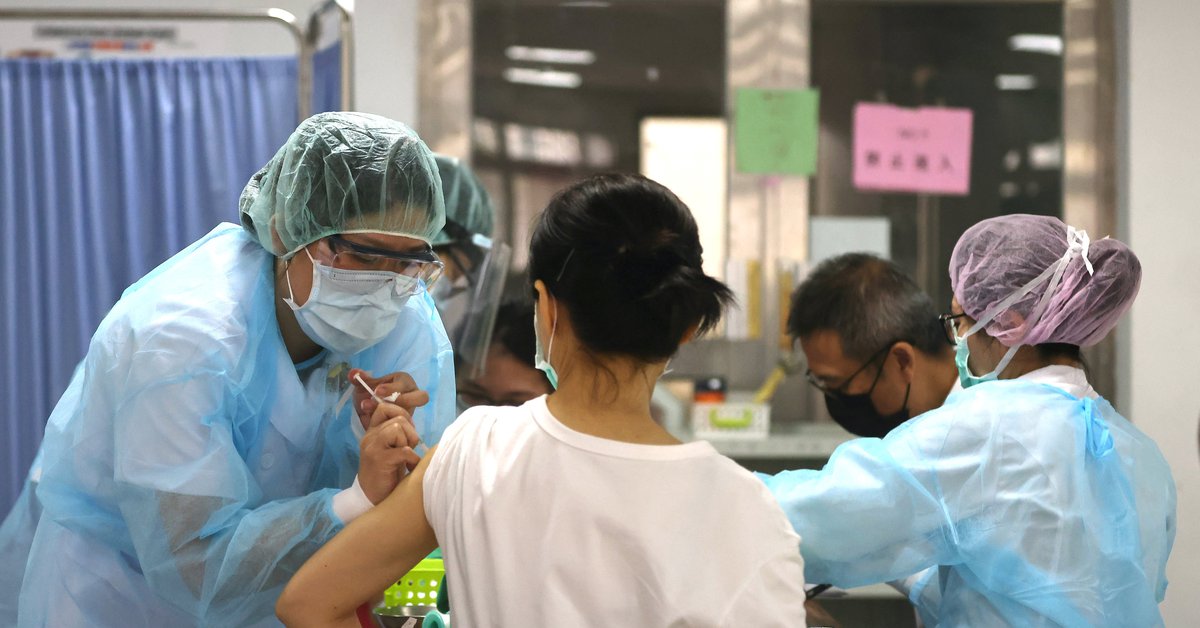 US delegation to Taiwan (Reuters)

America Donate 750,000 Doses to Taiwan At a time when the region records a record number of daily deaths from the disease, with 36 deaths in the last hours.

The announcement was made by Senator Tammy Duckworth during a visit to Taiwan to assess the status of her Asian ally, an occasional point of disagreement with China, which asserts its sovereignty over the region against the independence ambitions of local officials.

“It was important to the United States that Taiwan be included in the first group to receive donations, as we recognize their urgent need and value our partnership.Duckworth explained in statements collected by the official Taiwanese news agency, the Central News Agency (CNA).

Taiwan’s foreign ministry commended the commitment, which “sends a strong and clear message of US support, and the government of Taiwan is grateful for that.”

Duckworth and his fellow US senators Dan Sullivan and Chris Koons arrived at Taipei airport on Sunday and were received by Taiwanese Foreign Minister Joseph Wu to assess the situation in the region, which under pressure failed to join the international vaccination initiative Huh. Chinese government. Like this, The vaccination rate for the island’s 23.6 million residents is still less than 3 percent..

US President Joe Biden announced last week that his country would donate nearly 25 million doses of the vaccine to countries that need them, mostly through the international Covax program, along with the rest of the allies and strategic partners, critically to the affected countries. Epidemic. National Security Advisor Jake Sullivan explained that the United States wants to “retain some flexibility” when dosing outside of Kovax’s formula.

Washington is Taipei’s main ally Although it does not maintain full diplomatic relations with Taiwan, as it officially recognizes China, which considers the island an integral part of its territory.

Meanwhile, according to the Central Epidemic Command Center (CECC), Taiwan has recorded 343 cases of all national transmission of COVID-19 and 36 deaths from the disease in the past few hours. A total of 260 people have died due to the pandemic.

According to the organization, the national cases in the past week include 335 new confirmed infections and eight confirmed test results.

The new cases bring the total number of infections in Taiwan to 11,298, of which more than 9,900 are domestic infections that have been reported since May 15, the first day Taiwan has reported more than 100 domestic infections since the outbreak began. started reporting cases. Due to the presence of a large outbreak in religious congregations spread across the capital, Taipei and New Taipei City.

(With information from AFP and Europa Press)

Trump reappears at a rally and demands that China pay $10 trillion as compensation for COVID-19
Birth Control, Discrimination and Fierce Competition: The Difficulties of Being a Woman in China, According to an HRW Researcher