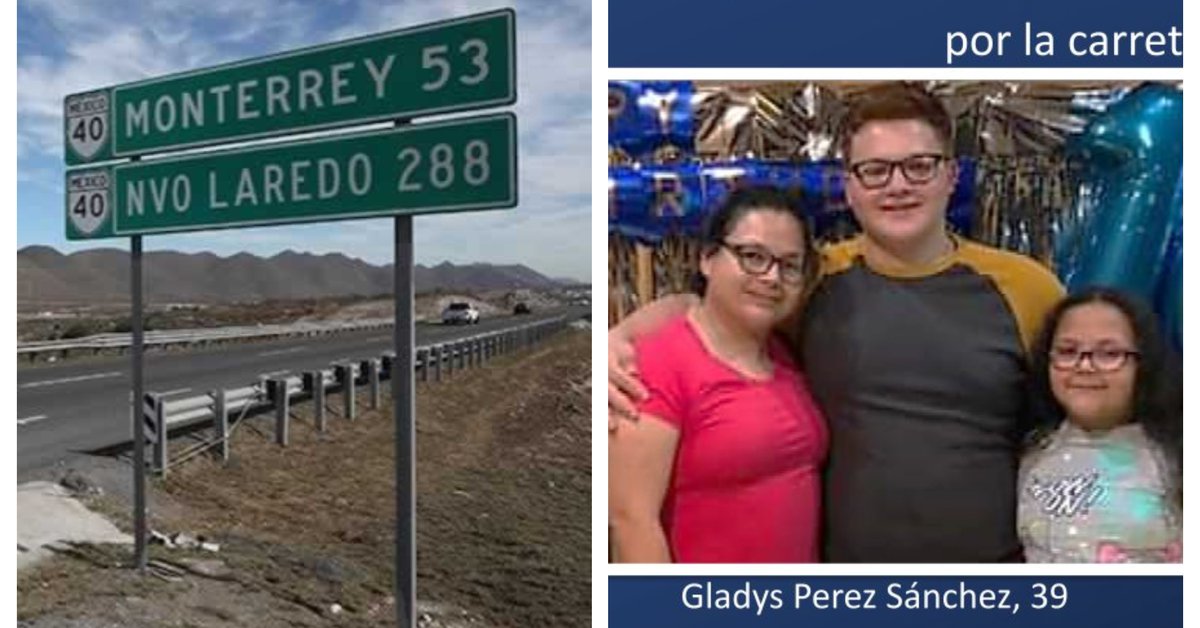 In recent weeks, the press has reported an increase in missing and attacks on the country’s highways, particularly on the Monterey-Nuevo León highway in the northeastern region.

Such is the degree of insecurity that the United States Federal Bureau of Investigation (FBI, for its abbreviation in English) based in San Antonio is already searching for a family from Laredo, Texas, who while traveling on said road. had disappeared. After visiting relatives in the state of Nuevo León.

This was reported on Saturday morning through a publication on his social network. They detailed that 39-year-old Gladys Pérez Sánchez and her two children, 16 and 9, were last seen on June 13 in the municipality of Sabinas Hidalgo.

The family was traveling on the highway in a yellow 2014 Chevrolet Sonic with license plate NBX-4740.

The FBI made the telephone number 210-225-6741 in San Antonio available to obtain any information that leads to the location.

On 15 June, the Special Urgent Search Group (GEBI) of the Nuevo León Attorney General’s Office published a report requesting civil cooperation, leading to the disappearance of the family’s mother and her two children, even whereabouts even without you knowing about him.

Following the publication of the FBI, the Tamaulipas Prosecutor’s Office did the same and through a statement they announced that the relevant investigation folders had already begun.

“It is important to highlight that, in the context of the incidents condemned, the victims lost contact with their families in both directions on some stretch of the road”

He also indicated that both state and federal officials strengthened security on the Monterey-Nuvo Laredo highway.

According to organizations such as the United Forces for Our Disappeared in Nuevo León (Fundamentally), in that area About 57 people have gone missing since last March.