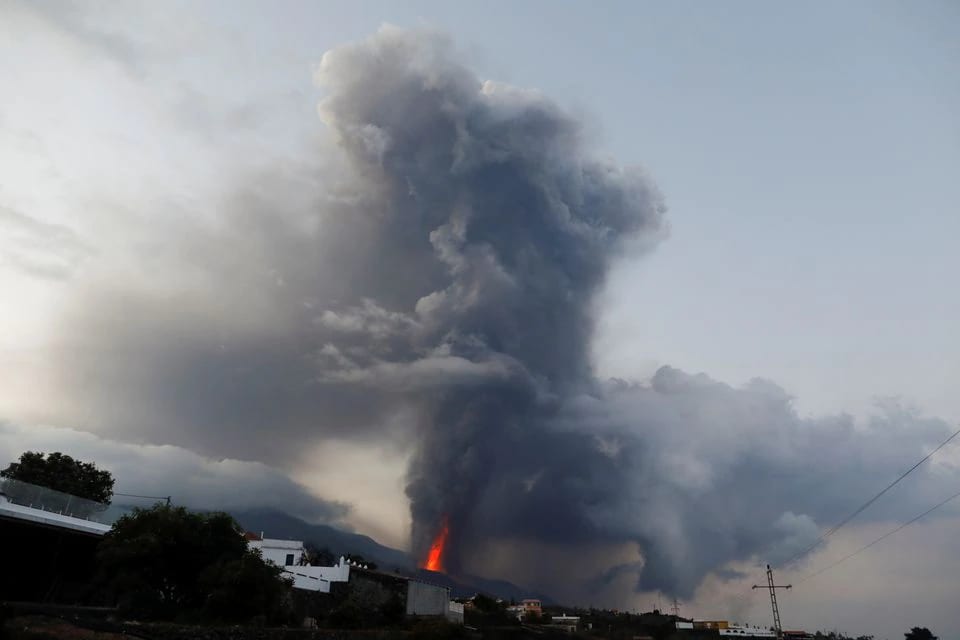 a cloud of dust from Sahara DesertAnd With sulfur dioxide (SO2) that originated from the volcano on the island of palm, affecting Puerto Rico on Sunday and causing air quality to deteriorate in the Caribbean.

The Caribbean Astronomy Society revealed through social networks that The European Space Agency (ESA) Copernicus Sentinel-2 mission has detected sulfur dioxide over Puerto Rico and the Caribbean from the Cumber Vega volcano., on the island of La Palma, in the archipelago of the Canary Islands in the Atlantic Ocean.

The Caribbean entity notes that satellite images obtained by the European Space Agency, which monitor emissions in the atmosphere, have revealed a vast cloud of sulfur dioxide coming from the volcano in the Canary Islands, and it has been active since mid-September.

He confirms that the cloud has already entered the Caribbean and that a dense part is on Sunday over Puerto RicoSo it is recommended to use a mask.

The Caribbean Astronomy Society notes that predictions are so Cloud could reach the Dominican Republic during Sunday night.

The entity recalls that sulfur dioxide has irritating effects on the eyes and especially on the respiratory system.

The National Weather Service (SNM) in San Juan indicated that the presence of sulfur dioxide with dust from the desert was observed over Puerto Rico, with the latter controlling the area.

The densest area of ​​the cloud was present on the island around 4:00 a.m. local time this Sunday.

The Puerto Rican Department of Natural Resources and Environment (DNER) recommends that elderly people, children, and people with respiratory problems reduce activities that require prolonged or intense outdoor activity due to the presence of sulfur dioxide and dust from the desert.

The air quality on the island is currently at “Moderate”According to the Air Quality Index (ICA) of the Department of Natural and Environmental Resources (DRNA).

The National Weather Service (SNM) in San Juan reports that air quality will be affected through TuesdayAn improvement is expected on Wednesday.