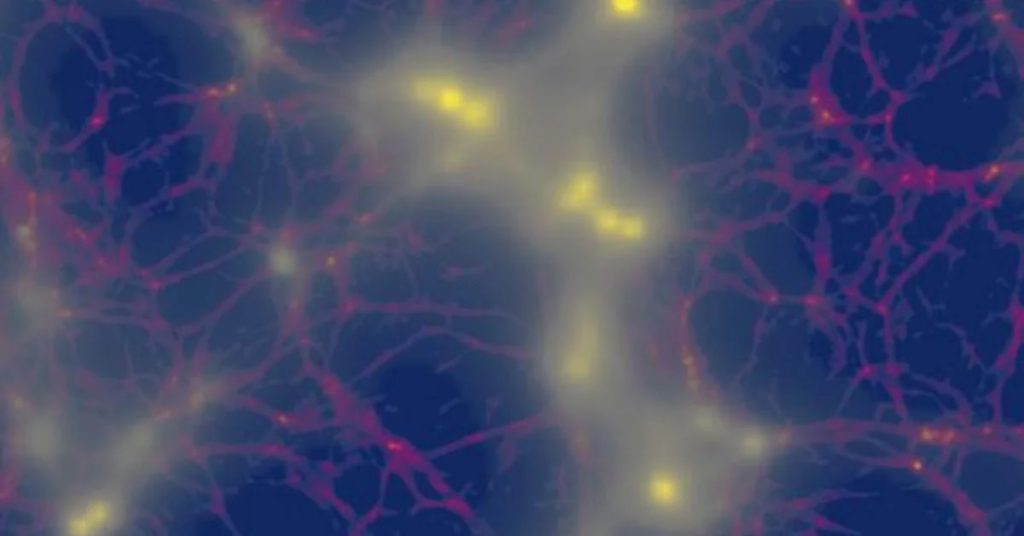 12-03-2021 Researchers led by the University of Tsukuba run simulations of the formation of large-scale structures in the universe that accurately reproduce the dynamics of ghostly particles called neutrinos left over from the Big Bang. University of Political Investigation and Technology of Tsukuba

New simulations of the formation of cosmic structures are able to accurately reproduce the complex dynamics of the elusive neutrinos left in the universe as a result of the Big Bang.

Neutrinos are much lighter than all other known particles, but their exact mass remains a mystery. Measuring this mass can help scientists develop theories beyond the Standard Model of particle physics and test explanations for how the universe evolved. A promising method for determining this mass is to study its effect on the formation of large-scale structures using simulations and compare the results with observations. But this simulation has to be very accurate.

To avoid these problems, researchers have followed the dynamics of massive neutrinos by directly solving a central equation in plasma physics known as the Vlasov equation. In contrast to previous studies, they solved this equation in a full six-dimensional phase space, which means that all six dimensions associated with space and velocity were considered. The team combined the Vlasov simulation with an N-body simulation based on particles of cold dark matter, the main component of matter in the universe. They ran their hybrid simulations on a Fugaku supercomputer at the RIKEN Center for Computer Science.

“Our largest simulation consistently combines Vlasov simulations on 400 trillion grids with calculations of 330 billion objects, accurately reproducing the complex dynamics of cosmic neutrinos,” says Professor Koji Yoshikawa, lead author of the study. “In addition, the resolution time for our simulations is significantly shorter than that of the larger N-body simulation, and performance metrics are very good with up to 147,456 nodes (7 million CPUs) on Fugaku.”

In addition to helping determine the mass of neutrinos, the researchers suggest that their scheme could be used to study, for example, phenomena involving electrostatic and magnetic plasmas and gravitational systems.