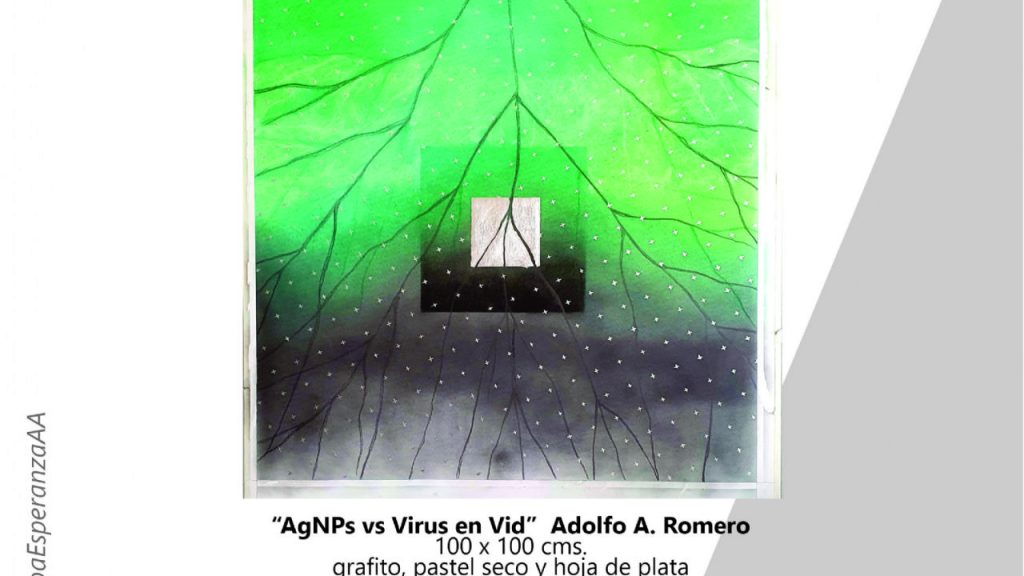 As a result of a project implemented by the Incentive Artistic Creativity and Development (Pecda) program, artist Alba Esperanza Aguirre Arzate will present her Nanoenlaces, which consists of drawings inspired by nanoscience and nanotechnology.

He noted that his work consists of eight large-scale pieces, inspired by the projects of scientists Abigail Frego, Adolfo Romero and Carolina Gutierrez, as he attempts to transfer science from optics, small atoms, frequency waves and silver nanoparticles.

It’s an interesting topic, nanoscience and nanotechnology is something that comes in the future or in the near future with new materials and new concepts for visualizations, and I thought to myself that it would be very good to do work related to these young scientists, and it’s kind of recording these people’s projects as art, relative.

The plastic artist considers that it was a difficult project in terms of learning new definitions and concepts, as well as understanding the nanoscale and molecular levels, because although her artistic work focused on science, until then it was only on the topics of astronomy and physics.

Likewise, he added that in putting graphics and elements to assemble the pieces, try to keep them simple and not oversaturated with information, so that each drawing, made of graphite and charcoal, contains between four and six elements only, with the intention of not losing the concept of each pictorial project.

Aguirre Arzati commented that the exhibition will be through the https://albaesperanzaaa.portfolio.site/ page, where you will find pictures of the drawings and photos of the detailing process, as well as a video clip explaining this process a little.

Gallery on the Riviera
The artist added that her exhibition Atemporal, consisting of 10 pieces that started her career and focused on scientific topics, such as astronomy and physics, will remain open to the public until February 28 at Casa de la Cultura.