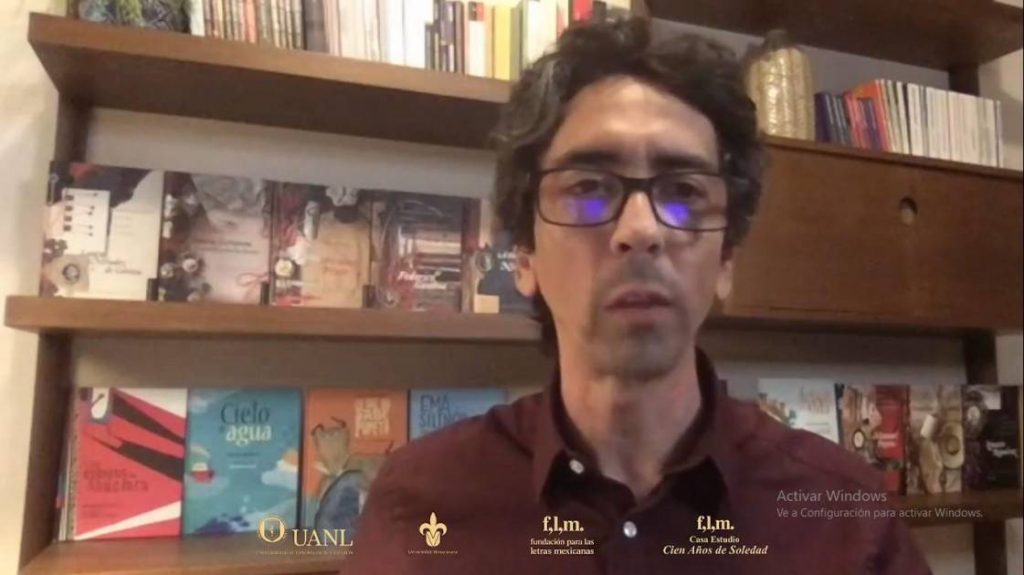 The writer Miguel Tapia has pointed out that science has played an important role in literature since antiquity.

During the course “Science in Latin American Novel”, which the writer and academic from Sinaloa teaches in One Hundred Years of Solitude at Casa Estudio, he talks about the times, authors, characters, and works that provide a description of it.

Throughout history, science has been present in literature, sometimes represented as knowledge, and the application of the search for scientific knowledge, expressed through the pursuit of the scientific method.

“Sometimes it exists, without providing specific knowledge or technical applications, that even scientific applications, individually or collectively, are literary figures,” he said.

“Science can be present in these ways in the literature.”

The novelist, short story writer, translator, university professor and author of the Estepona City Novel Prize-winning books Los Ríos Errantes and Tumbas de Agua, explained that the purpose of the course was to try to understand the relationship between science and literature.

“We have so many ways of dealing with this question,” he said, “that this particular subject seems to me very interesting given the direction in which we must think of science and literature as two different, exclusive, separate, and irreconcilable disciplines.”

“This is an idea that has been extended with some justification, but not always, part of what we are going to address to the point of whether or not it is reconcilable.”

During the talk, which lasted for a little over two hours, he spoke about the representative authors of the narrative of the region, and the crossing points between these two systems for understanding the world.

“Literature has approached science a little bit in a way, incorporating scientific knowledge itself, incorporating theory, the law established by science, interpretation, and phenomenon, into literary discourse.”

He admitted that there was no such tradition in Latin America but there were cases.

And the analysis began in Greece, when the concept of science and literature did not exist in antiquity as it is today and didactic poetry was made.

“Poems were aimed at transmitting knowledge and were in the form of verse with different motives.”

Hesiod wrote in the seventh century B.C. “Works and Days,” a calendrical poem, written in the form of a calendar, in which the times of planting and activities in the field are spoken and marked.

He added that this tradition has continued over the centuries. But in the sixth century BC, pre-Socratic philosophers appeared, who are the fathers of philosophy and created a form of natural philosophy.

They had the first initiatives to create a systematic knowledge of nature, which then gives entry to a position that had the intention of knowing nature, independently of the mythical.

Aristophanes and Socrates arrived, and in ancient Rome didactic poetry was created that culminated in Lucretius’ poem, “On the Nature of Things”.

He added that Francos Bacon assumed methodological ideas in his works that would later shape the scientific method.

In addition, he presented an idea that will be fundamental to the development of modern science, which is the science of human rights thanks to its ability to think, know nature deeply and make use of it for personal benefit.

He analyzed texts and characters that became mythical, such as Doctor Faust, the wise man who, despite his fascination with magical and natural sciences, sought to gain all possible knowledge.

In Shakespeare’s play The Tempest, there is a character, Prospero, a wise man who, by devoting himself to his studies, neglects his government.

In the illustration, in the 17th century, when the scientific revolution occurred, Galileo Galilei, Descartes and Isaac Newton appeared, a time when science became a discipline based on logic, experimentation, and mathematics.

And all the mixture of knowledge that was with the sages of time, such as alchemy, kabbalah, magic, and astrology, will come out.

During the talk, which was carried over Facebook and YouTube, Tapia analyzed works such as Jonathan Swift’s Gulliver’s Travels, addressing scientific developments.

Times like German Romanticism, when there was an intention to integrate different types of knowledge, which take greater account of the individual and their experiences.

“An example of this is Goethe, who was interested in various fields of knowledge. In France Émile Zola studied the phenomena of the society in which he lives “,

And when he arrived in Latin America, he highlighted the works of Argentine Domingo Faustino Sarmiento, academic and scientific texts, with metaphors based on scientific knowledge.