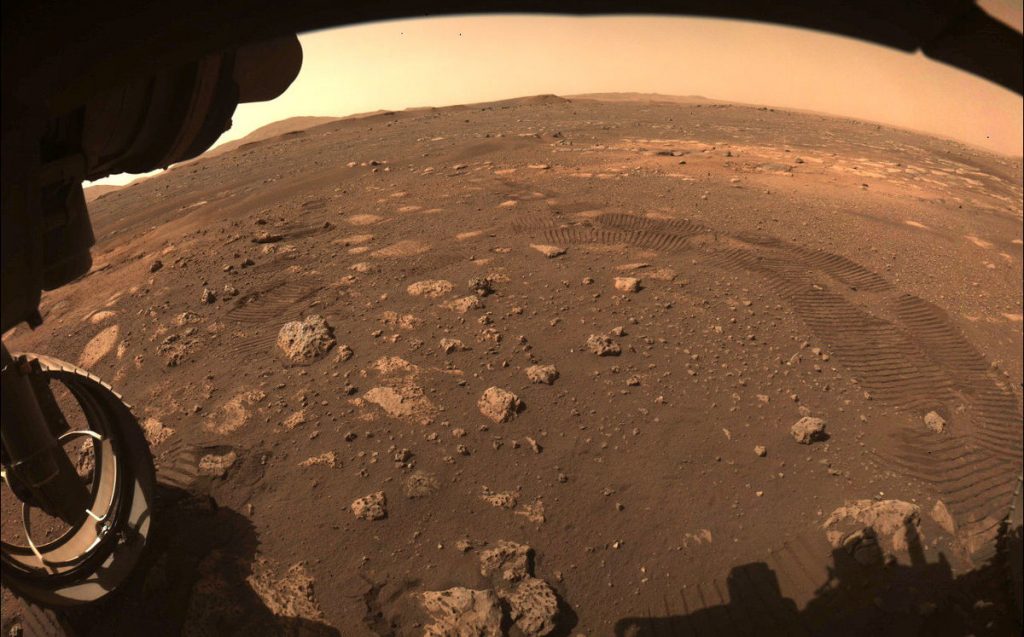 NASA scientists reported Friday that the Robotic Perseverance spacecraft made its first flight over the surface of Mars by traveling 6.5 meters, a displacement that marks the first milestone of this mission.

Two weeks after its arrival on the red planet, which happened on February 18, the rover He took his “first steps” By moving forward a little more than four meters, then turning left about 150 degrees and finally back about 2.5 meters.

“our The first flight went incredibly wellAnis Zarifyan, an engineer at NASA’s Propulsion Laboratory (JPL), which is part of the team responsible for persistence mobility tests, said at a press conference.

He added, “We are now confident that our payment system is ready to go, and capable of taking us to where the science takes us in the next two years.”

Members of the rover mission, which has a top speed of 0.01 mph (16 meters per hour) and is still faster than its predecessor Curiosity, detailing that once perseverance fully begins its scientific investigation. It will make regular trips around 200 meters.

Deputy Mission Scientist Katie Stack Morgan announced that the site is in Jezero Crater where Perseverance has arrived Octavia E. Butler was named, In honor of the science fiction writer of the same name who was born in California, United States.

As shown today, in recent days the vehicle has carried out software updates and various tests, including It included the deployment of two wind sensors From the Mars Environmental Dynamics Analysis Tool (MEDA), developed by the Spanish Center for Astrobiology (INTA-CSIC)

Likewise, this week, mission scientists deployed the robotic arm of the two-meter spacecraft for the first time, bending its five joints for two hours.

Deputy Mission Director Robert Hogg said they were carrying out analyzes In order to determine the best location to place the helicopter Creativity of Mars.

He added that they plan to complete the first necessary tests and measurements before the summer before the helicopter can make its first flight into the Martian atmosphere.

In its first two weeks on the red planet, Perseverance has already sent out about 7,000 photos taken by “the most advanced camera array that has ever traveled to Mars,” says Morgan.

The persistence, which left Earth in July 2020, carries a device that converts carbon dioxide, which accounts for 96 percent of the Martian atmosphere, into oxygen, for astronauts to breathe on future manned flights and as propellant. Land.

The robot is tasked with searching for ancient life, taking samples, studying the geology and climate of the red planet, and preparing the way for a manned flight.