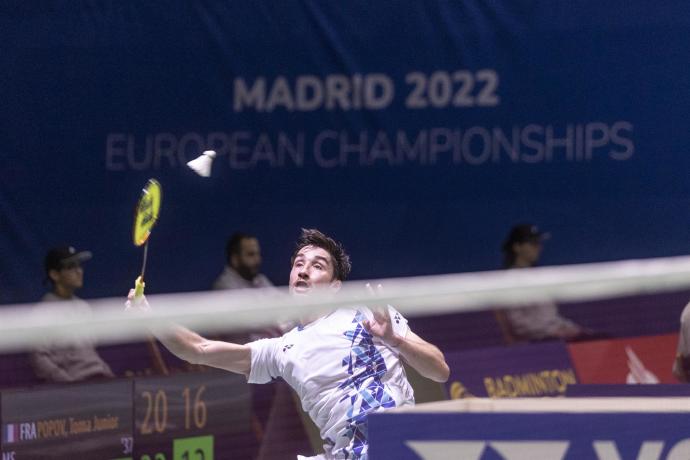 European regulation in three months. This was the challenge that the Spanish Badminton Federation set for itself and found an ally in the Madrid City Council. The result is a competition that has impacted the capital with €2.2 million and is portrayed by Carolina Marin, an icon of a global television audience reaching all continents.

Madrid wanted badminton. The European Championship, with the catalyst for a Carolina Marin resurgence after overcoming a serious injury, has raised expectations with all paid tickets sold for weeks to go to the Galore municipal track and a direct economic impact of 2.2 million euros, organizers report to EFE.

The continental tournament, which took place in just three months since the Finnish city of Lahti resigned last January, has been a challenge to the Spanish badminton federation and also to the Madrid City Council, who have worked against the clock to organize it with all guarantees. .

“The Spanish Federation came to us asking for help and we answered yes. We want to organize major sporting events in our city because we are committed to sport. We have once again become a benchmark in the international arena, and it is good that the administration is ready to take on this kind of challenge,” said Sofia Miranda, sports consultant In Madrid City Council, for EFE.

On the economic front, the organization of the European Championship, which employs about 200 people, is estimated to have a direct impact on the city of about 2.2 million euros and an indirect impact that may approach 51.4 in 2018, when the tournament was held in Huelva, as now, the audio rights were sold And visual to countries on five continents.

“This European Championship is another boost to our sport, especially as it coincided with the return of Carolina Marin, which helped the tournament make a greater impact in Spain, as well as a new demonstration of the ability of the FESBA to organize competitions, in this case in record time, thanks to the assistance of the Madrid City Council, Andoni Azurmendi, president of the Spanish Badminton Federation, told EFE.

The participation of Carolina Marin, the great Spanish reference in badminton, with an Olympic gold medal in Rio 2016, three world championships and five in Europe, is undoubtedly the main media attraction of the competition for local audiences.

The Wilva player sustained a serious injury during training on May 28, 2021 and underwent surgery a few days later, on June 4, due to a rupture of the anterior cruciate ligament and the meniscus of her left knee.

His presence caused an uproar. The example is that paid tickets for the quarter-finals, semi-finals and final days sold out several weeks before the start of the tournament and the first three days of competition, with free admission, the stands were full. In the morning session with schools and badminton clubs and in the afternoon with fans from different parts of Spain, many wear red T-shirts with pro-Carolina slogans.

This expectation was particularly reflected on the day of her reappearance against Czech Katerina Tomalova, who she beat in just 29 minutes. An hour before kick-off, there was no seat left and he walked off the track amid a massive roar of applause and cheers that did not stop with every point win.

“This type of competition helps make the sport better known and recognized, with the great aim of attracting new fans and practitioners, as well as satisfying those who already know, follow or practice it. There is no better advertising campaign than bringing in the best badminton, in this case From Europe, as we did in Huelva with the World Cup,” Azurmendi says.

Carolina Marine’s re-emergence has attracted a new FESBA travel companion. “Banco Santander has given us an opportunity that we hope to take advantage of.”

Azurmendi admits that “the image of Carolina is very important, because it is really Spanish badminton and one cannot or should never be separated from the other.”

This photo of Carolina is the main reference for this tournament. In fact, a picture of him appears on the entrance of Galore along with the official sign of the European Championship. Every day, fans stand in front of her with mobile hands, immortalizing the shot to remember.