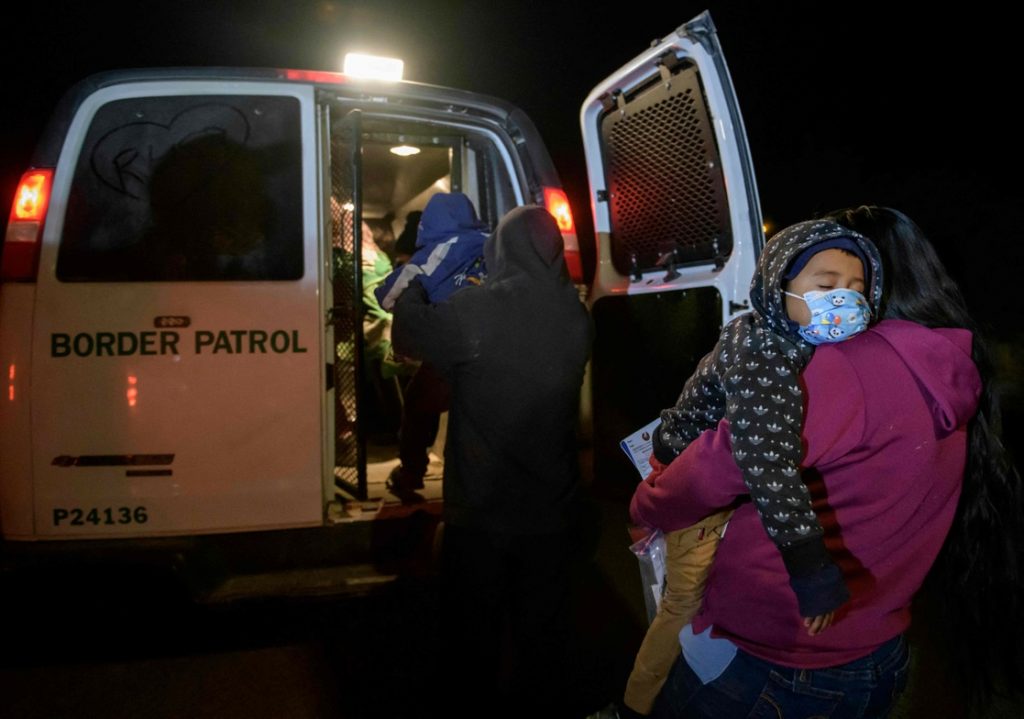 Authorities said on Friday that families of immigrants held at the US southern border will be accommodated in hotels in the metropolitan Phoenix area, in a measure intended to help manage the increase in the number of people entering the country in that area.

The US office said in a statement that Federal Senator Kirsten Cinema has been informed that Immigration and Customs Enforcement (ICE) authorities will operate “several hotels along the southwestern border, including in Chandler and Phoenix.” Chandler is a suburb of Phoenix more than 150 miles north of the border.

ICE declined to identify the hotels, as well as their location, only saying that with a $ 86.9 million contract with Endeavors, announced last month, it would have about 1,200 hotel beds available in Texas and Arizona. Migrant families will generally be held for less than 72 hours for processing.

Under the contract, Endeavors, a company that serves military veterans, disaster relief and immigrant-related services, already has beds available in hotels in Chandler and the Texas cities of El Paso and Kotula, southwest of San Antonio. The first families to be accommodated in these hotels will arrive on Friday.

The Senema office said the Democratic senator had spoken with Homeland Security Minister Alejandro Mayorcas, and that it would hold him “responsible for protecting Arizona communities and ensuring all immigrants receive fair and humane treatment.”

The border patrol found 52,904 families along the border with Mexico last month, compared to 19,286 in February and 3,455 in March 2020. Authorities expect a record number of expatriate families for 12 months ending on September 30, according to the contract. With endeavors.

Only one in three families found last month have been removed from the United States under federal authorities passed during the pandemic that deprived people of the opportunity to seek asylum. Immigration authorities have released families with children 6 years of age or younger while their cases are resolved.

Mexico has resisted welcoming Central American families with young children, especially in the state of Tamaulipas, which borders the Rio Grande Valley, Texas, the region with the largest number of illegal crossings. The United States is moving some families to other border cities – San Diego and El Paso – to expel them from there to Mexico.

To save time, the Border Patrol released the immigrant families – about 9,600 as of Tuesday, according to US Representative Henry Cuellar – without notifying them to appear in court. However, they were required to submit a report to the ICE office within 60 days.

The US government is looking for more space to detain immigrants arriving as a family and minors who arrive on their own. Border patrol last month picked up nearly 19,000 unaccompanied children from an adult relative, the highest total on record.

The Department of Health and Human Services, which places unaccompanied minors as “carers” – often parents and relatives – has found a place in convention centers, military bases, and other large facilities. Los Angeles County officials said Friday that its fairgrounds will be used temporarily to house about 2,500 children who arrived without an adult.

Texas Gov. Greg Abbott, who has been a frequent critic of Biden, has called on the government to close a detention center for minors set up at the Freeman Coliseum in San Antonio, due to allegations that they are not receiving enough food and that there is no supervision of the minors in the bathrooms.

White House Press Secretary Jane Psaki said Friday that the government takes “the safety and well-being of the children in our care very seriously” and that authorities should investigate Abbott’s allegations, but at this point “we have no basis for your request” to close the facility.

155,000 Mexicans are dedicated to this branch of science 2 min read

155,000 Mexicans are dedicated to this branch of science

Sciences. One year after the collapse of the Arecibo Radio Telescope 2 min read

Sciences. One year after the collapse of the Arecibo Radio Telescope