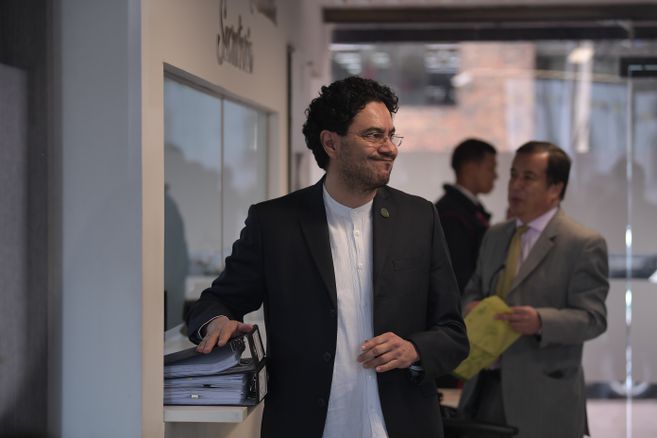 For the senator, the country already has enough problems to get into a situation with “repercussions” unclear. He also expressed that this may lead to security problems.

So far, there has been little reaction to President Evan Duque’s announcement that Afghan refugees will be temporarily received in Colombia while their status for entry into the United States is normalized. However, some conflicting positions are already beginning to emerge on this issue.

On Saturday morning, members of the Democratic Center and Senator Evan Cepeda, of the Democratic Pole, presented their views on the topic on a radio station for W Radio. While the person related to the government expressed approval of the initiative by Ivan Duque, the opposition spokesman announced his objection to the measure, in which it was not confirmed how many refugees would arrive in the country and for how long.

“It is a disturbing decision because we do not know what the scope and its true essence are. It is presented as a supposed humanitarian act, but I measure it with a critical eye because the government is trying to adjust its disastrous foreign policy towards the United States and hide the scandal that exists in Haiti due to the intervention of a mercenary force,” were some of the words she said Cepeda in living space.

I can see: Duque confirmed that Colombia will temporarily receive Afghan refugees

In the same sense, the Polo senator said that a problem is being created, because there is no information about who will come into the country and what “types of files they have”. Cepeda even wondered if this decision could not become a security problem for Colombia.

Senator Del Polo, who also commented that there is a lot of uncertainty because it is said that “Afghanistan has a very critical situation and the government is putting us in a situation where we have no information or certainty about what will happen in the future.” It is temporary and that the United States will take care of the refugees, but there will be no confirmation of that.

In short, the congressman emphasized that Colombia really had to deal with many complex situations to get another one: “It is clear that a country like Colombia, which has enormous problems with humanitarian issues, with the reactivation of forced displacement and the addition of Venezuelan immigration, which was It has a serious impact on the country, so it does not need any problems to initiate those whose repercussions are not clear to us.”

I can see: Could Colombia accept 4,000 refugees from Afghanistan?

Finally, he stuck to his position that it was not a humanitarian gesture but an attempt by the Duque administration to express its rapprochement with the United States, after relations were affected by the alleged interference of the Democratic Center in the elections. Presidential Election 2020: “What Colombia is doing is trying to make accusations and it is trying to come to terms with itself.” He also indicated that it would be a gesture to try to reduce interest in the issue of Haiti, in which retired soldiers participated in the assassination of President Jovenel Moise.

Senator Ivan Cepeda’s statement was not well received by some sectors, calling him xenophobic. Indeed, many of them used these words to question the alternative sectors of some positions on this issue. This is because the mayor of Bogotá, Claudia Lopez, also had comments and positions, such as creating a band to focus on the activism of Venezuelan immigrants, who were considered xenophobic.