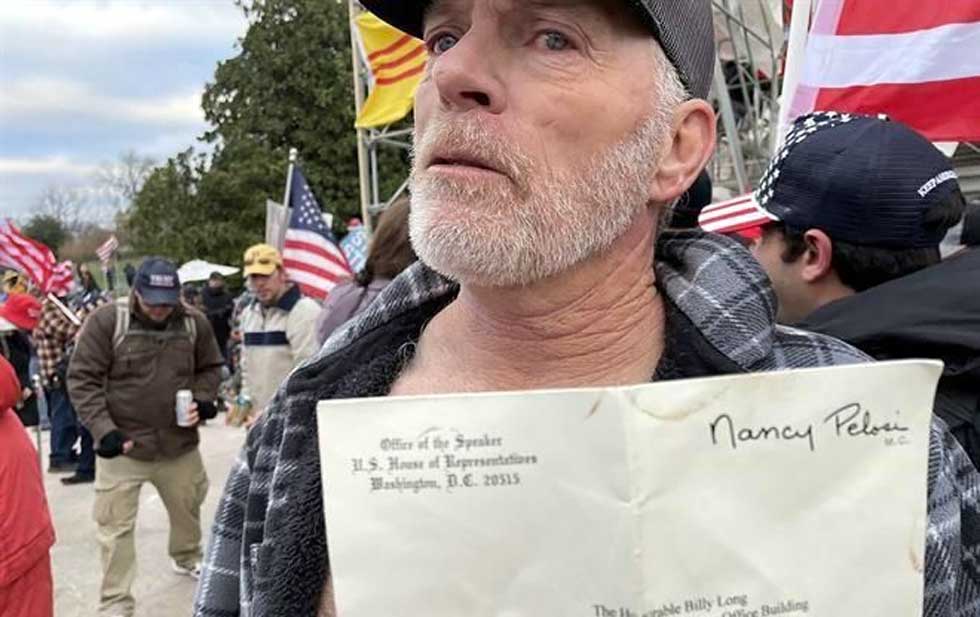 Washington- A man broke into the United States Capitol and was photographed climbing his foot on the table in the office of Representative Nancy Pelosi, stealing an envelope from the lawmaker and then bragging about it.

Richard Barnett, 60, of Arkansas, stood outside the Capitol, tore his shirt and shouted to show how he had sneaked into the Speaker of the House office.

“I wrote him a bad note, and raised my feet on his desk,” said Barnett, nicknamed Bijou.

He carried an envelope bearing the name of the Democrat who took it from the office. He insisted he didn’t steal it, but paid for it.

He then went on to talk about his exploits to storm Congress buildings and disrupt the certification of Joe Biden’s election victory, along with more supporters of President Donald Trump.

He added that when the police came with pepper spray, “I said, ‘I paid for this, it’s mine, and I left.” His face showed being late to the gas, but he was elated and laughing alongside Trump’s players as he told his story.

Barnett insisted he only knocked on the door when the crowd pushed him. It was a story he didn’t know anyone would believe.

“I might tell you that this happened all the way to Capital Prison,” Barnett said.