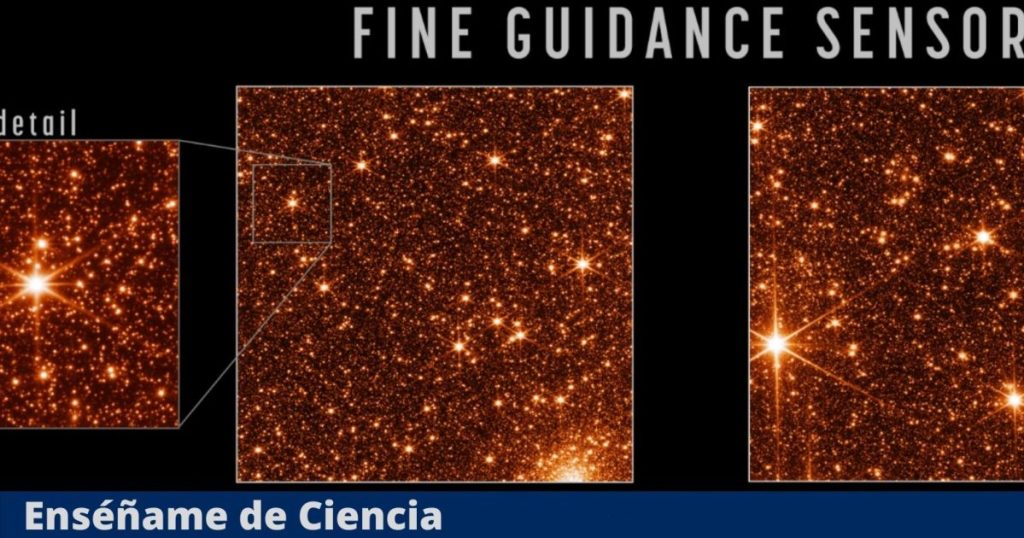 The most advanced telescope ever made by humans has finally been aligned. After a long process that lasted several months, James Webb finally completed the seventh and final stage of his lineup. Next is the instrument calibration, after which the telescope is ready to begin scientific operations.

This mosaic represents a shimmering turning point like the rest of us #UnfoldTheUniverse. # PeopleNow fully align the mirrors! Next is the instrument’s calibration, which is the last stage before Webb is ready for science: https://t.co/PcAxajyMfI

What do we see here? ⤵️ pic.twitter.com/qzdZRbsgRF

“After completing the seventh and final phase of the telescope alignment, the team held a series of meetings to make key decisions and unanimously agreed that Webb was ready to move on to the next and final series of preparations, known as the commissioning of scientific instruments. This process would take about two months before scientific operations began in the summer “. NASA said in a statement.

Webb confirmed that the alignment went just fine, taking sharp, well-focused photos with each of his four powerful science instruments on board. The next phase will take approximately two months, allowing observations to begin within the planned time, in the middle of the year.

The fact that the new telescope is “perfectly aligned” means that Webb’s mirrors now direct fully focused light collected from space toward each instrument. It has shown, that every machine successfully takes pictures with the light that reaches it. In the mosaic below, each image is a view of one of Webb’s instruments perfectly aligned with the telescope and in focus.

“These wonderful test images from a successfully aligned telescope show what people of all countries and continents can achieve when there is a bold scientific vision to explore the universe,” Feinberg told medirector of the Webb Optical Telescope Element at NASA’s Goddard Space Flight Center.

It is worth emphasizing that although the telescope alignment has been completed, some calibration activities remain. Webb’s team says, “As part of the start-up of the scientific instrumentation, the telescope will be required to point to different regions of the sky where the total amount of solar radiation hitting the observatory will vary to confirm thermal stability at the change target. In addition, bi-day continuous maintenance observations will monitor the alignment mirrors, and when necessary, apply corrections to keep mirrors in their aligned places.

Each instrument is a highly advanced set of detectors equipped with lenses, masks, filters and customized equipment that helps it perform the science it was designed for. The specialized features of these tools will be configured and run in different batches during the hardware commissioning phase to fully ensure they are ready for science, NASA explains.

“These images have profoundly changed my way of seeing the universe. We are surrounded by a symphony of creation. There are galaxies everywhere! I hope everyone can see them.” Scott Acton saidWebb’s wavefront discovery and control scientist, Ball Aerospace.

James Webb is currently orbiting around Lagrange Point 2 (L2), 1.5 million kilometers from Earth in the direction away from the Sun. Advanced technology and a field of view (infrared) during his scientific observations will allow him to capture the light that was traveling through space 13.5 billion years ago, when the first stars and galaxies formed. Every wait will be worth it.