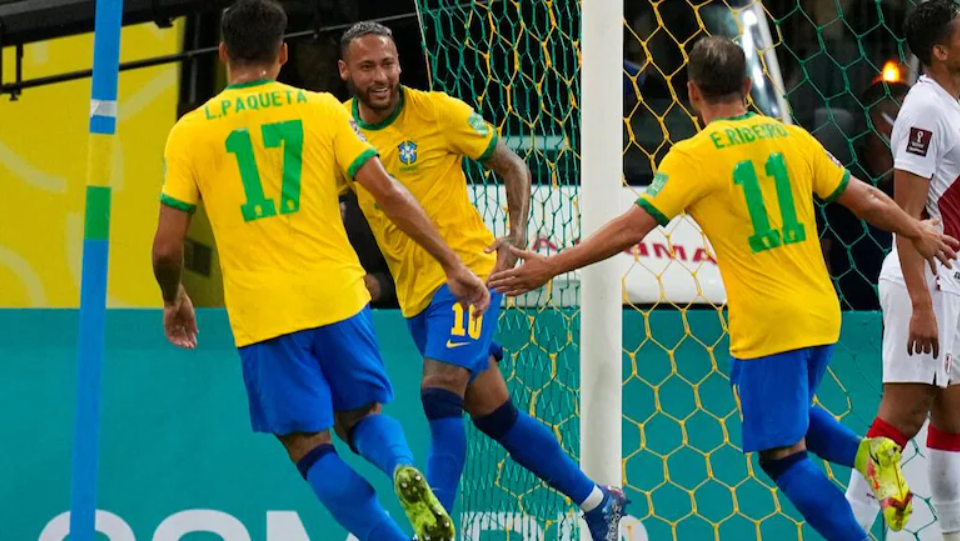 Brazil’s 1-0 victory over fellow South Americans Paraguay makes the Seleção Canarinho the first South American national team to qualify for the IFA World Cup finals, to be held in Qatar in November and December 2022.

The win seals Brazil’s position at the top of the Conmebol standings in the World Cup Qualifiers for Qatar, giving them an impressive 34 points from 12 games.

With a game in hand over all other teams in their group apart from Argentina, Brazil has mathematically qualified for sure. Their closest rivals, Argentina, are six points behind them, having just beaten Uruguay 1-0 in a hard-fought match in Montevideo. La Albiceleste are yet to guarantee their place in Qatar.

The only goal of the game was scored in the 6th minute by Ángel Di María. The 33-year-old striker/midfielder who plays club football for the French Ligue 1 side, Paris Saint-Germain, latched on to a Urugaian defensive error made by left-back Joaquin Piquerez just outside the penalty area. He curled a superb shot into the back of the net, leaving the keeper, Fernando Muslera, stranded.

The next game for both Argentina and Brazil is their upcoming highly anticipated meeting following the postponement of the match scheduled to be played back in September. The game was started, but officials came on the pitch just seconds after kick-off to cancel the game due to COVID rules being flouted.

It had not been stated on their entry paperwork that they had come from England, which at the time was on the red list. After much wrangling, the game was called off, and the Argentinian players returned from whence they came.

For their part, Brazil have won the World Cup on five occasions against Argentina’s two, but their last win was back in 2002. Four years before, they were runners-up. European teams have ruled the roost over the past 20 years. Italy won in 2006, Spain in 2010, Germany in 2014, and France in 2018.

Although the Brazilian squad is good and claims to have two of the top goalkeepers in the EPL and the world, Alisson Becker and Ederson Moraes, who play for Liverpool and Manchester City, respectively, they don’t really have the firepower upfront, and that is likely to be their undoing in Qatar.

The bookies don’t see it that way, though. Brazil are current favourites at 13/2, with France second at 7/1 and England and Spain equal third at 9/1. We will just have to wait and see.