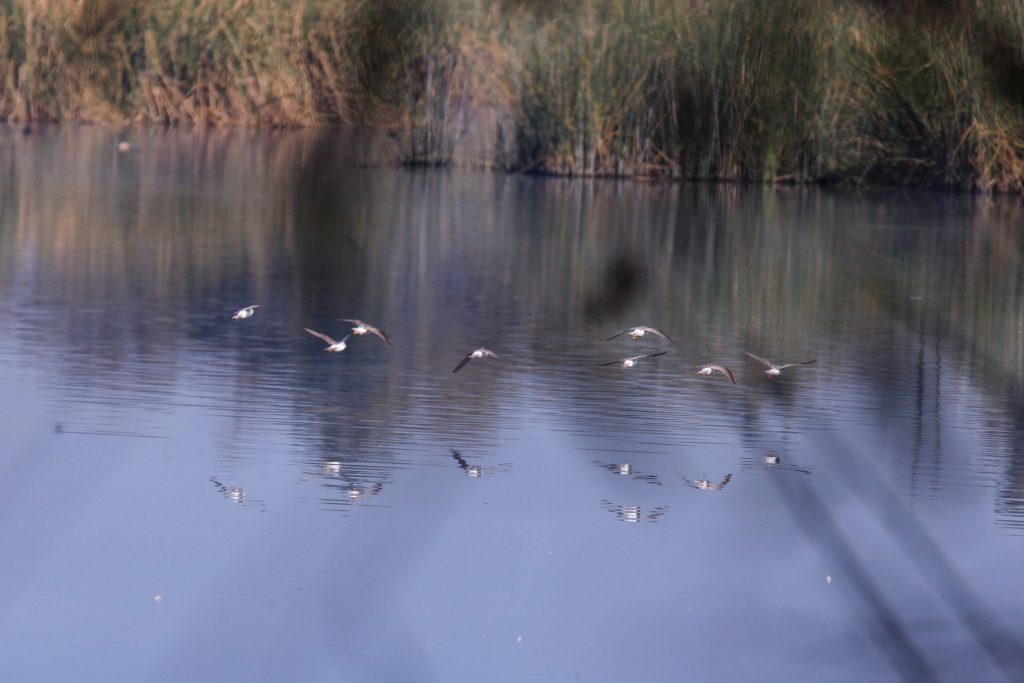 El Bordo “Las Maravillas”, located on the “El Cerrillo” campus of the Autonomous University of the State of Mexico (UAEMéx), in the municipality of Toluca,

It is an important refuge for a large number of migratory birds from southern Canada and the United States.

Within the framework of the World Migratory Bird Day, which is celebrated on October 8 each year, University Academic Leon Velazquez Beltran, responsible for the Bordeaux region, emphasized that it provides safe conditions for birds, with an area of ​​about 20 hectares. , 16 aquatic mirrors, defined by a mesh that prevents invasion, poaching and predation.

He pointed out that the migration cycle starts from September to March. However, in recent years it has been extended from August to April. “Birds have long survived in this space, especially ducks and birds of prey that come from the northern United States and southern Canada.”

He explained that five types of birds are present on the board, namely ducks, herons and water chickens. However, the star is the Mexican duck (Anas Diazy), recognized as a species only last year.

In this regard, Edgardo Soriano Vargas, Professor and Researcher at the College of Veterinary Medicine and Zoology in the UAE, identified that about 14 species are those that migrate to “Las Maravillas”, among them the swallow ducks, the grebe ducks, and the ducks. Marica Stripra

He emphasized from the beginning that they are escaping from the cold of the north, and despite the fact that the waters of Bordeaux are not ideal, it is a good source of food for them. “During the day, many of them move to other bodies of water. In the area we have Ignacio

Ramírez Alzate, “Tlachaloya’s painting and other little paintings where they go to eat and spend the night on campus.”

He stated that during the migration season, especially very early and in the afternoon, it is possible to see large densities of birds. In particular, at the end of December and January, Bordeaux is filled with mainly thousands of ducks.

Soriano Vargas emphasized that “Las Maravelas” is a space that must continue to be protected and sterilized, in order to ensure that species such as the Mexican duck and Mascarita are protected through volcanoes or Mascarita Lerma. “It’s a space that benefits the species that breed and live in it.”