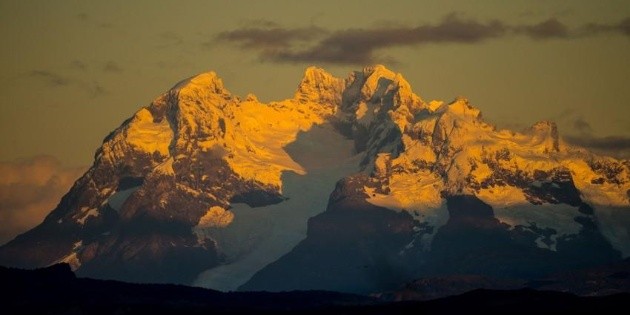 The Chilean Army recovered the remains of three crew members who died in incident Military helicopter registered on a mountain in the Andes, near Santiago, 40 years ago. They detail that the remains of a fourth passenger have yet to be recovered.

After forty yearsUnder the eternal ice of a Cerro El Plomo glacier, a civilian helicopter pilot saw the fuselage. The foundation said in a statement that the helicopter SA 315 ‘Lama’ army registration number H-159, which crashed on November 26, 1981 at an altitude of more than 5,000 meters.

He explained it in detail A team of 38 military personnel took part in the operation to recover the remains of the crew from the wrecked ship. In the accident, Lieutenant Ricardo Vescaya Furadori (pilot), Second Lieutenant Eduardo Reyes Vargas (co-pilot), Second Corporal Ramon Sepulveda Perez (mechanic) and Mario Benavides Moya (surveyor), who were conducting geodesic surveys when the helicopter crashed, died.

He pointed out that, between Friday and Saturday, they rescued the bodies that were handed over to their relatives after they received military medals. The operation began on Monday and will continue until Wednesday, when weather conditions are expected to permit.

The difficulty is where the accident occurred. The captain said, “It is at an altitude where the helicopters operate with very limited power margins. We must look for the conditions of temperature and winds that allow to reach the weights required by the units on the ground.” Felipe Verdujo, who is involved in the operation.

Ten years after the accident, an attempt was made to recover the ship and the bodies, but the large amount of ice in the strip made this impossible.

Relatives of the deceased welcomed the news. “We welcome him with great affection, with open arms so that he can rest in peace with his parents,” said Maria Victoria Darigrandi Reyes, second lieutenant’s niece.