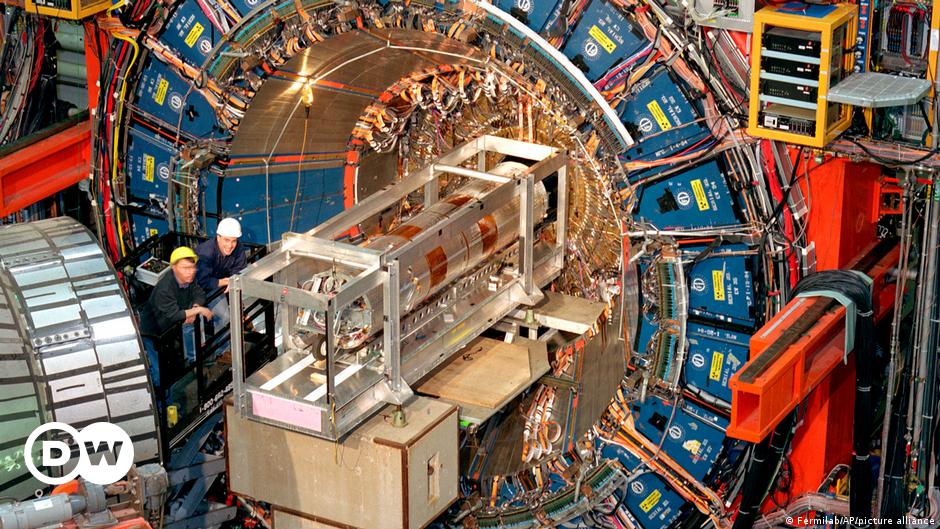 The boson is one of the elementary particles in nature and there are four types. W, a “messenger” of one of the fundamental forces of the universe, gave the surprise, because according to the new data, it will have a mass more than it should and this goes against the Standard Model of Physics.

study published to know Gives a new measurement, twice more accurate than the previous one, for the mass of W, the result of research led by the Fermilab Collider Detector Collaboration (CDF), with Spanish participation, and is now expected to be confirmed by new experiments.

The big explanation physicists use to describe the way the universe works may have some important new flaws to fix.

“It’s not just something wrong,” said Dave Toback, a particle physicist at Texas A&M University and a spokesperson for the US government’s Fermi National Accelerator Laboratory, which conducted the experiments. If repeated in other laboratories, “it literally means that something fundamental to our understanding of nature is wrong.”

The mass of the W boson: a large deviation from expectations

The mass of the W boson has a surprisingly large deviation from the predictions of the Standard Model of particle physics, the theoretical framework that describes nature at its most basic level, although it is known to be incomplete and still has shortcomings.

For Fermilab, Deputy Director of the National Laboratory (Fermilab, in the US), Joe Leeken, “Although it is an interesting result, the measurement must be confirmed by another experiment before it can be fully explained.”

If confirmed, these new findings could shed light on areas where the Standard Model needs improvement or expansion, or even provide an initial look at the physics beyond.

See also  The United Kingdom has launched over 27.74 billion US dollars of funds to promote green shipbuilding

“The surprisingly high value” of the W boson’s mass “directly challenges a key element at the heart of the Standard Model,” physicists Claudio Campaniari and Martin Mulders, who were not involved in the study, write in a related article.

Bosons and fermions are elementary particles, that is, the smallest components of everything that exists. The first is what makes the rest of the particles interact with each other and the most famous of which is the Higgs particle, known as the “God particle”, which helps them all gain mass.

The W boson is a messenger particle of the weak nuclear force (one of the four particles that govern the behavior of matter in the universe) and is responsible for the nuclear processes that make the sun shine and for the decay of particles. It is one of the most fundamental parameters in particle physics.

The research team analyzed data collected, between 1985 and 2011, over nearly a decade, by the CDF’s Tevatron particle accelerator, which is made up of an international team of 400 researchers.

“It has taken us many years to review all the necessary details and verifications. It is our strongest measurement to date, and the discrepancy between the measured and predicted values ​​still exists,” said Giorgio Chiarelli of Italy’s National Institute of Nuclear Physics. (INFN- tread).

The result is an important contribution to verifying the accuracy of the Standard Model, said David Tupac of Texas A&M University, and “it is now up to the theoretical physics community and other experimenters to follow up and shed light on this mystery.”

“If the difference between the experimental value and the expected value is due to some kind of new particle or subatomic interaction, which is one of the options, there is a good chance that it will be something that can be discovered in future experiments,” he said.

Previous, less accurate measurements of the W boson by other teams revealed that it was lighter than expected, so “there might be something fishy about this experiment,” said Sean M. Carroll, a physicist at Caltech, who was not involved in the research. It’s worth taking seriously.”

This discovery is important for its potential impact on the Standard Model of physics. Duke University physicist Ashutosh F. Cotwal, Head of the Analysis Project: “Nature has facts.” “The paradigm is how we understand these facts.”

Scientists have long known that the Standard Model is not perfect. It doesn’t explain dark matter or gravity well. If scientists are going to work on it to explain these results, the researchers said, they need to make sure it doesn’t screw up the mathematical equations that now explain and predict particles and other forces well.