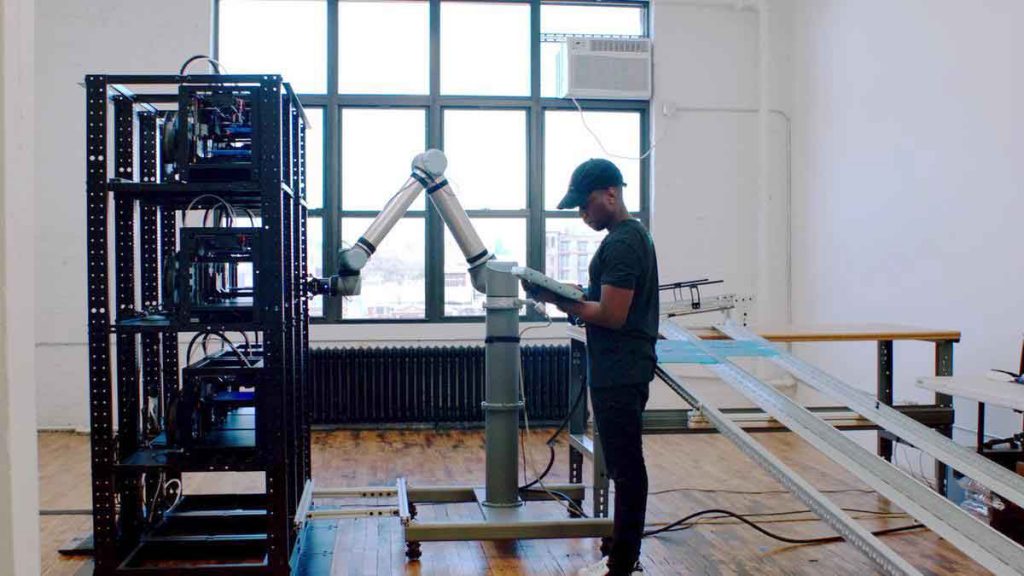 Collaborative robots are a new generation of manufacturing robots spearheading the move to have robots and manual operators working in the same space. In terms of functionality, collaborative robots, also known as cobots, equal their larger counterparts.

Having a robot that can work near humans is vital, especially in facilities where the floor space is limited. Cobots can work alongside humans without causing them any harm. This harmony amongst humans and collaborative robots is vital since these machines still need supervision.

However, a collaborative robot doesn’t always have to rely on manual operators for instructions. Instead, these machines can be trained to function semi-autonomously. After which, a manual operator will come in to help the robot finish its tasks.

After a cobot has been deployed to do a new task, the machine can learn from the primary job and repeat the same process with seamless recollection and implementation. Let’s look at the features of these machines and the measures taken to safeguard operators in the workplace.

The Characteristics of Collaborative Robots Include:

A collaborative robot is a pretty much straightforward machine. Cobots need to be easy to operate because of the roles they are designed to perform. Therefore, they come with inbuilt controllers, and some even have monitors that simplify the process of moving these machines.

Since cobots function semi-autonomously, there is no need for a company to hire additional staff to help with controlling the machines. The existing employees can learn the basic concepts about the device and hence be able to move it around the floor area.

The sensors usually are linked to an IoT system or other systems within the company. Why is this important? Among other reasons, cobots work alongside humans, and in a situation whereby an operator is at risk of harm, the machine needs to stop on its own.

Collaborative Robots Are Intended to Work Alongside Humans

A typical mechanical robot is not meant to share a workspace with humans. They are programmed to execute tasks without the need for input from humans. These machines aren’t also built with security features to protect humans.

Collaborative robots, on the other hand, work in harmony with humans. They also have adequate security features in place to work alongside humans. You will find these machines moving around and rotating close to humans running other errands in a manufacturing setting.

Collaborative Robots Can Be Moved Around

In general, when you compare collaborative robots with other types of robots, you will find that they are lighter. However, this is subject to the manufacturer of the machine.

Having light machines in a manufacturing workspace is superb because the device can be moved from one point to another to perform various functions. Unfortunately, the same cannot be said for their larger counterparts, whose overall weight makes them immobile.

What Measures Are Put in Place to Safeguard Humans Working Alongside Cobots?

Sensors are one of the best security mechanisms fitted in collaborative robots. Sensors generally work to halt the robot in open areas to prevent them from causing harm to manual operators. Sensors can also be fitted in older robots as well.

In a company with limited floor space, collaborative robots deploy their safety switches as they execute tasks involving immense rotating speeds that could cause harm to humans.

When manual operators are involved in an active scenario that could cause them harm, they can hit the ‘deadman switch’ on the robot’s control panel. A deadman switch is a control mechanism that comes into play when the manual operator becomes incapacitated.

Collaborative robots also come inbuilt with features that halt the machine’s movements when manual operators hand guide the robot. Hand guiding can only take place if:

Collaborative robots are built in a way that they cannot be triggered with just the press of one button. This is a vital feature that protects manual operators working alongside robots because it means the device cannot be activated by an erroneous click.

For the machine to begin running, it must receive instructions from another point of control as well. For instance, if an operator presses the controls to reboot the device, the machine won’t routinely reboot. The device needs input from a superior to prompt it to shut down and restart.

Collaborative robots are built in such a way that a security evaluation team can come in and audit all the parts and maybe even make changes to the machine if need be.

A security evaluation team typically will move into the work area to scrutinize the entire framework of the machine’s safety apparatus and make a conclusion whether the device is still capable of working alongside manual operators.

What Should We Expect from Collaborative Robots in the Future?

When manufacturers purchase collaborative robots to perform repetitive tasks, manual operators are given the freedom to go and deploy their skills in other parts of the company.

In the coming decades, we could see a scenario where the human element is fully ousted from manufacturing operations by machines. But, for the moment, all we can hope for are machines that are safe enough to function alongside manual operators without suffering any hiccups.

To sum it all up, it’s almost impossible to hinder the incorporation of collaborative robots in a manufacturing environment. However, since these machines work alongside humans, they should have measures in place to protect them, as illustrated above.