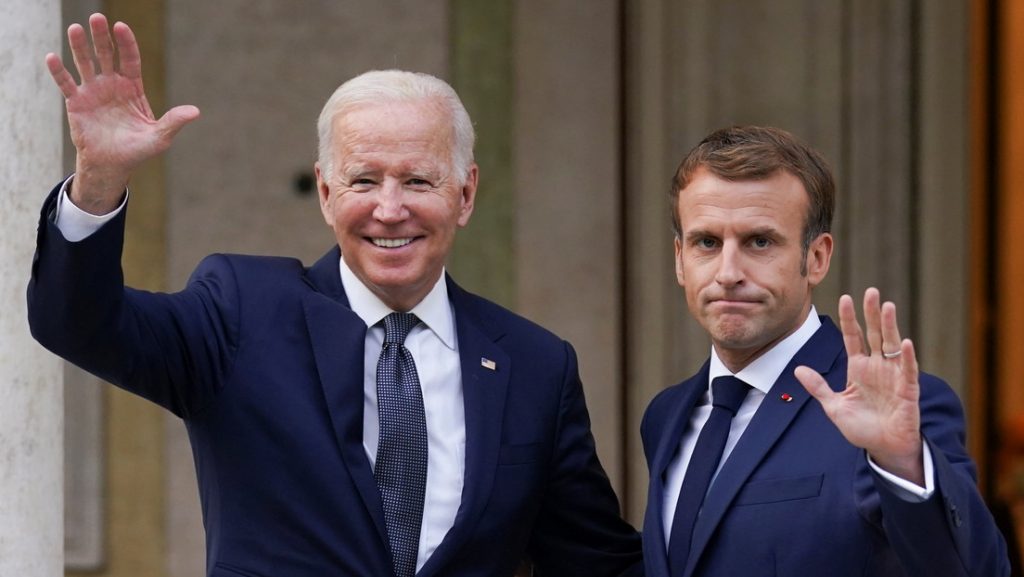 The millionaire agreement, which was canceled after the creation of AUKUS, provided for the construction of a fleet of 12 conventional submarines, the value of which is estimated at 66 thousand million dollars.

The President of the United States, Joe Biden, admitted Friday, in the framework of his meeting with his French counterpart Emmanuel Macron, that he believed that Paris had long been informed of the cancellation of the agreement with Australia on the French supply. submarines of the oceanic nation, reach Reuters.

“I swear to God, I didn’t know that Not notifiedThe US president stressed. What we did was clumsy“, He said.

On the other hand, Macron pointed out that the parties”Clarify what they need to explain“Now it is important to make sure that such a situation is impossible in the future,” he added.

“It is an important meeting because after the AUKUS affair we started a real joint project,” the French president revealed.

The meeting between Biden and Macron comes on the eve of the G20 summit, which will be held on October 30-31 in Rome (Italy).

In September, the United States, the United Kingdom and Australia entered into the AUKUS alliance, rendering the previously signed contract between Paris and Canberra void. The millionaire agreement provided for the construction of a fleet of 12 conventional submarines, estimated at about 66 billion dollars.

The Canberra decision unleashed intense tensions between the member states of the new agreement and France, which it described as “Stab in the back” It did not take long to summon the French ambassadors to the United States and Australia for consultation, though she later withdrew the procedure.

However, different experts they pointed out That even in the midst of a crisis in relations between France and its allies, it seemed unlikely that Paris would resort to drastic measures given that it did not possess sufficient military or economic capabilities to “close the door”.