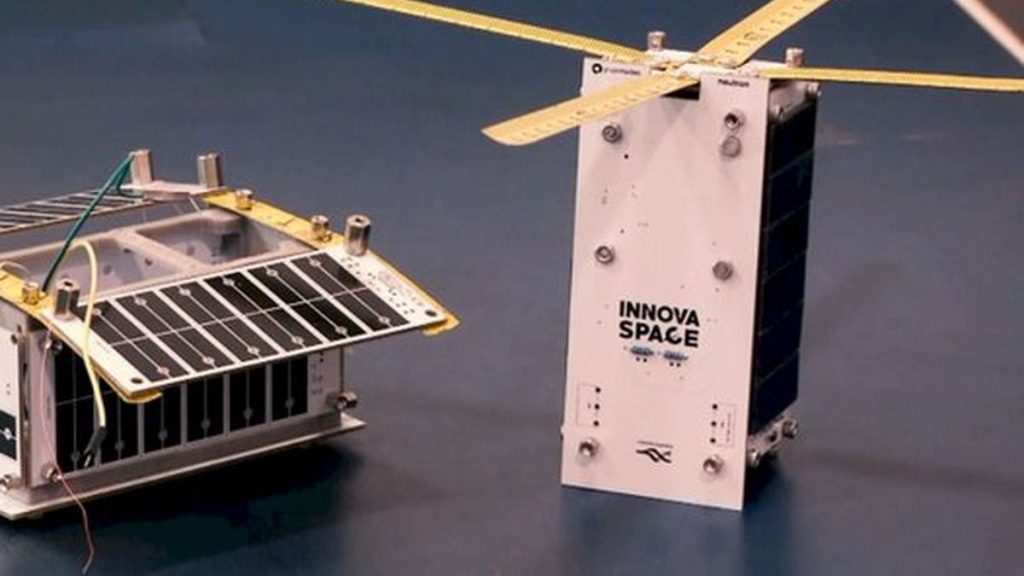 In 2019, a professor of applied electronics at the Technical Education School No. 5 in Mar del Plata suggested to his students the creation of a satelliteHe accepted the challenge shyly and even in disbelief. Nearly three years later, in January 2022, this satellite has formed and will be launched on a Falcon 9 rocket from the Kennedy Space Center in Cape Canaveral, Florida, United States.

“At first the students didn’t raise their hands or they were crazy because it was too much of a challenge. Until one, two, three, four were encouraged until they became a majority”Instructor Alejandro Cordero, Project Leader and CEO of Innova Space, the company that was born so that the first pico-satellite built in Argentina would leave Mar del Plata’s classroom and become a career development.

Satellites can be classified and named according to their size and weight; In this case, it can be held in one hand because it measures 10 x 10 x 5 cm and weighs 461 grams. After its scheduled launch on January 13 at 12.25 Argentine time, and weather permitting, it will be in a polar orbit at an altitude of 400-500 km..

For Cordero, small satellites have a number of advantages such as the ability to produce a large number in a short time and at a low launch cost.

The main application of these satellites is communication, providing Internet connectivity in isolated places, and they are designed to assist the productive sector with services.

The ambition of the professor and the twelve students who worked daily on designing a satellite attracted not only the attention of the Mar del Plata media, but also the accelerator of the Neutron project, which made its first investment in 2019. This stimulated Cordero with two former students, Luca Urariart and Ivan Milena, they created the startup Innova Space. And in 2020, they have secured funding of 14.5 million pesos from a non-refundable contribution (ANR) from the Ministry of Productive Development of the Nation to realize the development and launch.