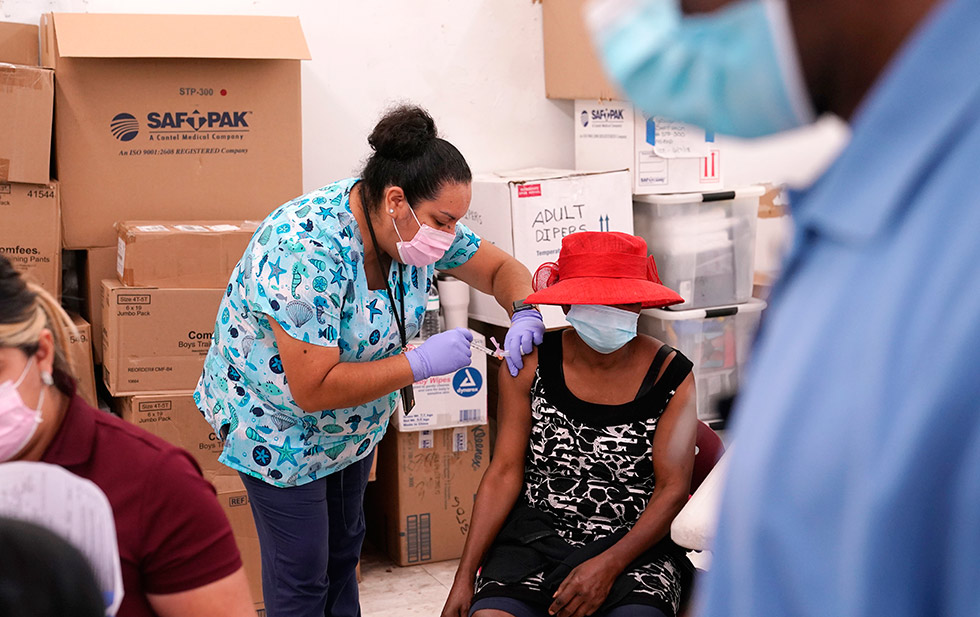 Washington- The number of Covid-19 hospital admissions among elderly Americans has decreased by more than 70% since the start of the year, and deaths in that age group appear to have decreased as well, which is strong evidence of the success of the vaccination campaign.

Now, the task is to get more young people in the country to get vaccinated.

The decrease in severe cases among people over the age of 65 is particularly encouraging given that the elderly account for about 80% of deaths from Covid-19 since the pandemic reached the United States, where about 570,000 people have died from the disease.

Deaths from Covid-19 in the United States have dropped to an average of 700 deaths per day, compared to a peak of more than 3,400 deaths recorded in mid-January.

“What we’re seeing is exactly what we expected and wanted to see: as vaccination rates rise, hospitalization and mortality rates go down,” said Judy Geist, a public health expert at Emory University.

The best data available shows that deaths from Covid-19 among Americans ages 65 and over have fallen by more than 50% since it peaked in January. The picture is not entirely clear because the latest data on Covid-19 deaths by age from the Centers for Disease Control and Prevention (CDC) are not complete and are under review.

However, the numbers indicate that the decrease in deaths among the country’s elderly is leading to an overall reduction in deaths from Covid-19, which justifies the US strategy of putting the elderly first or foremost. The sites lined up to receive the vaccine once. To become available in the winter.

This trend reflects what is happening in other countries with high vaccination rates, such as Israel and Great Britain, and is in stark contrast to the worsening crisis in places like Brazil and India, which are lagging far behind in vaccination campaigns.

According to US government statistics, the number of hospitalizations has decreased by more than 50%, but more among the elderly, who have been eligible for vaccinations for a longer period and received them enthusiastically.

However, the demand for vaccines in the country appears to be declining despite the fact that injections are now available to all adults. Average daily doses taken appear to have dropped from 3.2 million to 2.9 million in mid-April, according to CDC figures.

Meanwhile, cases of the new Coronavirus in the United States have stopped at alarming levels since March, averaging more than 60,000 cases per day, which is consistent with the numbers recorded during the recovery last summer. New infections are increasingly occurring in people in their 30s, 40s and 50s, who also account for a larger portion of hospitalizations.

See also  Scientists have discovered a new island in Greenland

If enough people are vaccinated, cases of Covid-19 will start to decline as the virus finds fewer people to infect. Dhaif and other experts noted that Israel appeared to have reached this point last month after about 40% of its 9 million population received two doses of the vaccine.

However, the United States faces problems with conducting mass vaccinations due to its large size, diversity, geography, and health disparities.