The meeting was held on Thursday afternoon at Casa Rosda

Health Minister, this Thursday afternoon Carla Vizzoti, And the President’s advisor, Cecilia Nicolini, met with Casa Rosada on the first floor Marieke Carlson, To unlock the shipment of D’Affair, in charge of the United States Embassy 900,000 doses Astrazeneca that is being held in the northern country.

There is an agreement with the laboratory for Argentina 22 million doses. I have already paid 60% of that total, but have not had any vaccinations yet. This package of approximately one million doses was produced by the Mbexen Laboratory, led by Hugo Sigman, and sent to the Leomont Laboratory in Mexico to complete its packaging.

However, from Mexico they had to be sent to the Albany Molecular Research Laboratory located in Albuquerque, United States, as they were not able to use microparticulate glass filters. It is used to filter, split and package the active ingredient to be sent to you from Argentina. 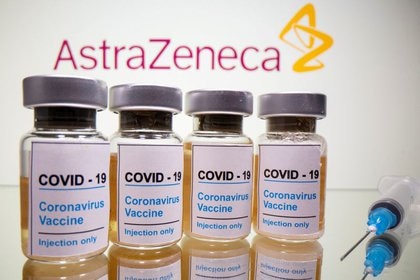 They had to import that filter from the United States but the former president Donald Trump Blocked the export of medical products under the guise of a health emergency generated by coronaviruses. From that moment on, processes became complicated.

Although Vizzotti and Nicolini are in talks as ambassadors in Argentina in the United States Jorge Arguello By order of Alberto Fernandez, Find out various ways to resolve the vaccine conflict.

The Argentine government claims for those 900,000 doses, but generally, it does so for the total number of vaccines purchased. The agreement with the laboratory indicated that the country would begin receiving the first dose of AstraZeneca from March. And was not able to get one the day after April. 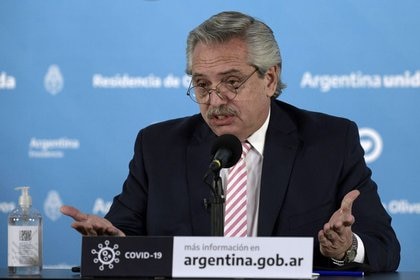 Alberto Fernandez asked the Argentine ambassador to the United States to explore all ways to unblock the shipment of vaccines (Juan Mabromata / REUTERS / via pool).

One possibility is that the hurdle can be overcome through an agreement that resolves the dose distribution through the fund. Kovacs. Through this mechanism, 1,082,400 doses have been received in the country so far.

Vizzotti and Nicolini tomorrow morning They met with representatives of AstraZeneca Argentina to request progress in vaccine production and quality control, as well as a report on the estimated delivery schedule, which is most worrying at Casa Rosada.

“At the meeting, officials reviewed the actions taken by the Argentine government to maintain the support of that country in response to this important global and national situation.” Issues such as access to medicines, medicinal oxygen and vaccines were addressed. “Government sources indicated