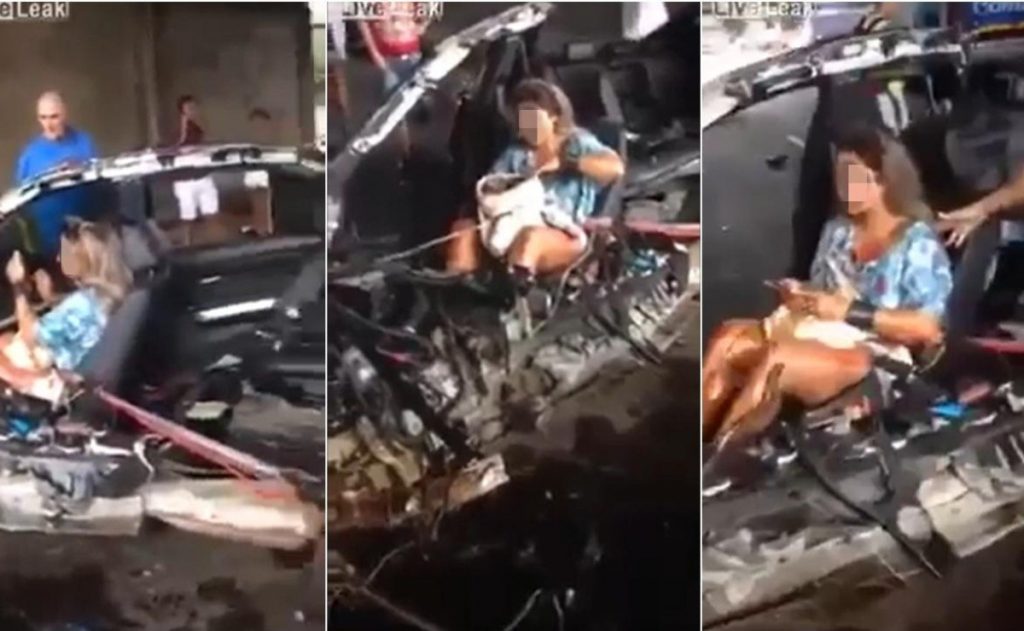 Brazil: A 2016 video circulated through social networks, in which they remember the occasion of a couple crashing into their luxury BMW; However, the shocking thing about this is that the driver died and his partner was unharmed He starts putting on makeup as if nothing had happened.

Even YouTubers dedicated to sharing horror videos like paranormal cases, spooky pastas, and murders have spoken out about the disturbing video that took place in Brazil.

The horrific video shows the woman applying make-up in front of her lifeless boyfriend’s body; However, the video is very graphic as it appears The corpse of the man among the twisted iron From the car, the woman was unharmed and witnesses began recording the woman’s unusual reaction since her boyfriend died a few minutes ago.

The car broke in two and miraculously did not hit the woman who was traveling as pilot, but remained unable to move; But because of the profound shock of seeing His partner died and overtaken him with a car iron, She just sat there looking for something in her purse, after which she started talking on the phone.

“It was remarkably disconnected from reality,” witnesses said.

Read more: Filter photos of immigrants crowded despite Covid-19 at the Donna Center in Texas

People rushed to help the couple and said that he was in shock, after seeing his cell phone, he looked in the mirror and started to put on makeup.

According to police reports, a BMW 335 car crashed at an amazing speed of 150 kilometers per hour under a bridge on Salem Farah Malouf Street in Sao Paulo, Brazil.

Users of social networking sites explained that the woman may not have been in a state of shock, but it is a defensive mechanism to be able to deal with the events that occurred, and others say she was shocked by the blow.

Although many admired the woman’s insensitive act upon seeing her partner’s body, others noted that she seemed happy.

Video. They recreated the pass in Sorato, Sinaloa, after collapsing due to past rains