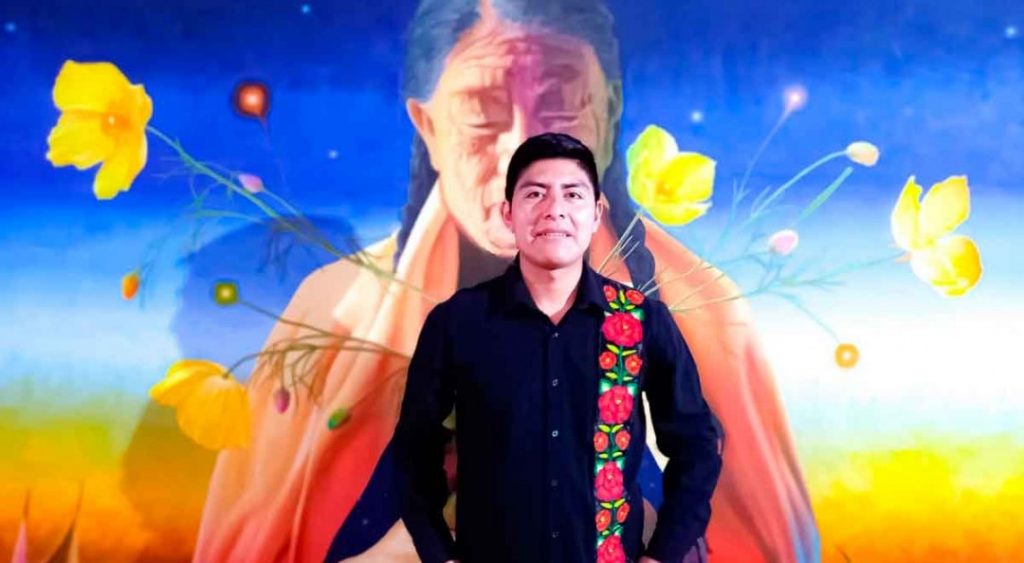 Ramiro González Cruz, a Zapotec indigenous from the San Isidro El Costoche community, He is a certified fellow Entrepreneurship in Emerging Economies at the 2021 Emerging Leaders Crossroads Program at Harvard University, Massachusetts, US.

It may interest you: UNAM and Harvard are working on treating Covid patients

23 years old He is the only professional and the first in his entire community. Fewer than 400 residents belong to the municipality of San Francisco Lugucci, within a state Sierra Sur, Oaxaca.

In an interview with This Medium, a Harvard colleague explained this The university seeks to benefit young people from all over the world, who come from marginalized communities, And that they are the first to study a professional profession within their families and that they have contributed socially to their societies. Ramiro, one of the five Mexicans on the show.

Because of the pandemic, he said, he’s almost attending classes, and his classmates are young people from Brazil, Afghanistan, Korea, China and India, among others., Who through the generation of an innovative project will have to apply for a $ 10,000 prize to put it into practice, or if they fail to do so, they will be awarded a scholarship to study a graduate degree face-to-face in 2022.

“My project aims to support young entrepreneurs who do not currently have an image or trademark registration to export their products,” he said.

Ramiro is the son of Simplicio Gonzalez and Cecilia Cruz Antonio, a farmer and housewife, both of whom are Zapotec speakers.

The college student inherited this native language and began working in the fields from an early age, planting, weeding and caring for backyard animals.

He lived with his parents until he was 16 years old, and left his community to emigrate to The city of Oaxaca de Juarez To study high school and college.

High school lesson in CECyTEO Plantel 25, located in San Pablo Hoekstepec, Zematlan de Alvarez, Where you graduate as a technician in it Support for maintenance of computers in 2016.

You can also read: Konalib student has 8 degrees from Harvard University

Later he tried to go to university, but his economic situation did not allow him to continue, and he used that year to work in the tomato, tomatillo and chili fields in Sinaloa.

“I was well paid, but I had a stressful job. The money saved helped me return to Oaxaca and continue studying,” he recalls.

After a year he entered Central Valleys Technological University of OaxacaBasem graduated from Senior University Technician in Business Development Marketing. Later, he studied Bachelor of Innovation in Business and Marketing In the same institution.

While studying for his undergraduate degree, he volunteered at the Continental University of Peru, in College of Business Engineering.

Was a manager Area lead in the Oaxaca National Youth Branch, He also attended TOEFL certificate in the Trilingual Center for University Studies.

He is currently a multicultural promoter and translator for state public defense attorney, He participated in various hearings in defense of justice.

It is also a member of the International Youth Network of Latin America (Colombia, Peru, Mexico, Argentina, Guatemala, El Salvador and Chile), where it undertakes various activities to empower youth.

Ramiro González Cruz is one of the Young leaders in the twenty-first century, This transforms Oaxaca and Mexico, through education.

He concluded by saying, “I regret that young people are not included in the public policies of the Mexican state. Annual scholarships are not enough; we are likely to be entrepreneurs, but almost no one sees us.”