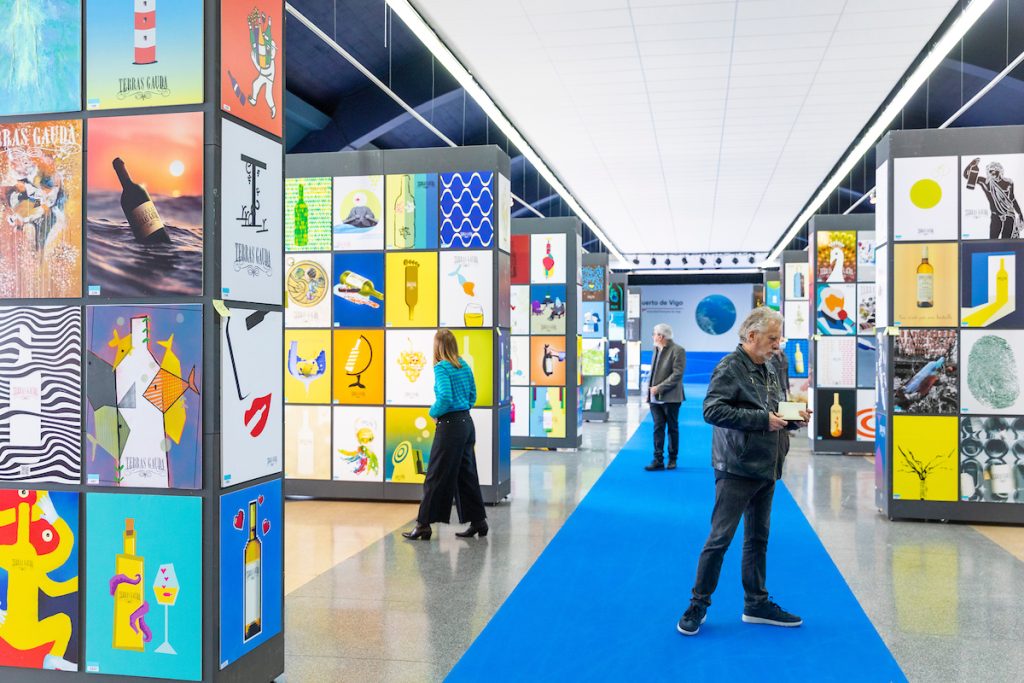 1,249 posters from 64 countries promote the Terras Gauda International Poster Design Biennial Francisco Mantecón as the benchmark for the creative community around the world and make Vigo a center of contemporary graphic design with the display of all of these works, including pieces by Zamora’s designs. A journey through visual art trends can be taken until May 4th.

From north to south and east to west, artists, young creatives, design studios, and university professors have interpreted and reflected the fusion of art and wine in a poster. And from Europe, the highest participation was from Austria with 112 posters, followed by Italy with 99 works.

From America, 89 suggestions from the United States. Another American country with a notable presence is Mexico: 58. Posters were also received from Canada, Brazil, Dominican Republic, Cuba and Argentina. Originality and creativity from the African continent with six countries represented: Mauritius, Tunisia, Morocco, Rwanda and Zimbabwe. The variety of origin is also from Asia: Japan, China, India, Taiwan, Philippines, Yemen, Kazakhstan, Lebanon or Iran, among others. It is from Oceania, Australia.

Javier Mariscal in the jury

Javier Mariscal participated for the second time in the history of the biennial jury that had already met. The famous designer stated that “Usually there is quality or quantity, but here there is quantity and quality. I like that this proposal is well organized. The response is impressive.” The other invited professionals were Marcelo Gio, Director of Experimenta. and Eva Unt and Margus Tammik, from Estonian studio Unt / Tammik, winner of the latest edition.

In promoting the Biennale as the largest organized by a private entity at the international level, the support of associations and universities is fundamental: the Department of Art and Design of the University of Washington, University of Shanghai (China), Paris College of Art (France), University of the Arts London (UK), Wallonie -Bruxelles Design Mode (Belgium) or FAUD in Argentina. The AIGA associations in the US, the Australian Design Institute or Desain Grafis Indonesia have committed to promoting the event, as has the historic Brno Biennale in the Czech Republic.

The finalists and winners of the 15th Biennale choose the design of the advertising image for “11 and 12 XORNADAS DE PORTAS ABERTAS DAS RUTAS DOS VIÑOS DE GALICIA” by Turismo de Galicia. The economic giveaway is €10,000, €5,000 for each winner.