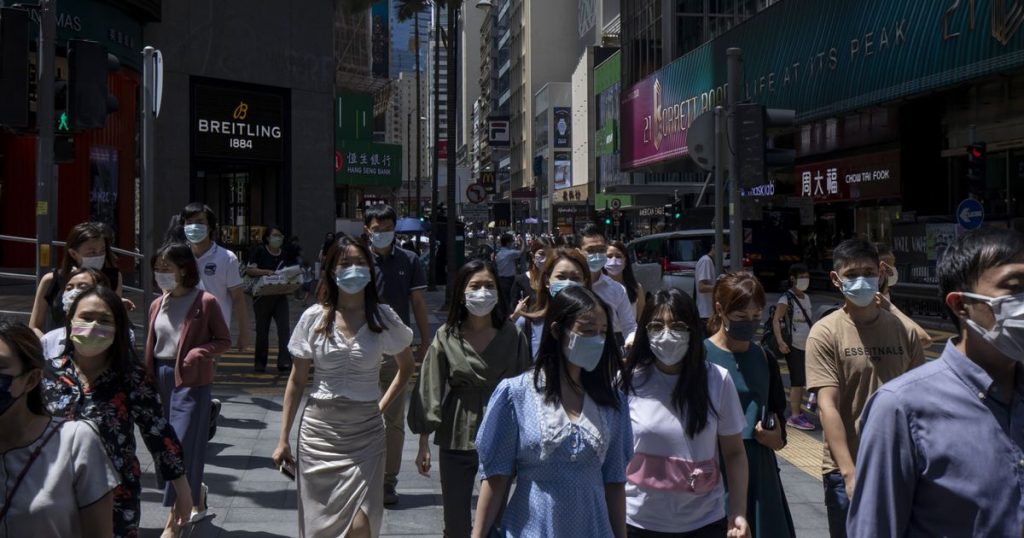 A health official said that new cases of COVID-19 in China will increase in the coming days and the areas affected by the epidemic may continue to expand.

The current outbreak is caused by the delta type from abroad, Wu Liangyu, an official with the National Health Commission, said at a press briefing in Beijing on Sunday.

The wave of infections spread to 11 provinces in the week of October 17, said Mi Feng, a spokesman for the commission, at the briefing. He added that most of the infected people had a history of traveling between regions.

He urged the regions affected by the epidemic to adopt an “emergency mode”.

Some cities in Gansu provinces, including its capital Lanzhou and Inner Mongolia, have suspended bus and taxi services due to the virus, according to Zhou Min, an official with the Ministry of Transportation.

China reported 26 new confirmed local cases of COVID-19 on Saturday, including seven in Inner Mongolia, six in Gansu, six in Ningxia, four in Beijing, one in Hebei, one in Hunan and one in Shaanxi, according to the National Health Commission. . Four other asymptomatic local cases were reported in Hunan and Yunnan.

The spread of a variable delta in Asia is hampering efforts by governments to reopen their economies.

Singapore announced on Saturday that employees who have been fully vaccinated, or who have recovered from COVID-19 in the past 270 days, can only return to the workplace from January 1.

Last week, the government extended other virus restrictions for another month as cases continued to rise, even with more than 84 percent of the population fully vaccinated.

In the Chinese capital, Beijing, the epidemic has spread to three regions, including Haidian, a science center, said Pang Xinghu, deputy head of the Beijing Center for Disease Prevention and Control, at a briefing on Sunday.

Beijing Daily reports that Beijing will cancel a marathon that was originally scheduled for October 31 due to the virus. The newspaper said that people in the cities where infections were discovered are currently prohibited from visiting or returning to the capital.