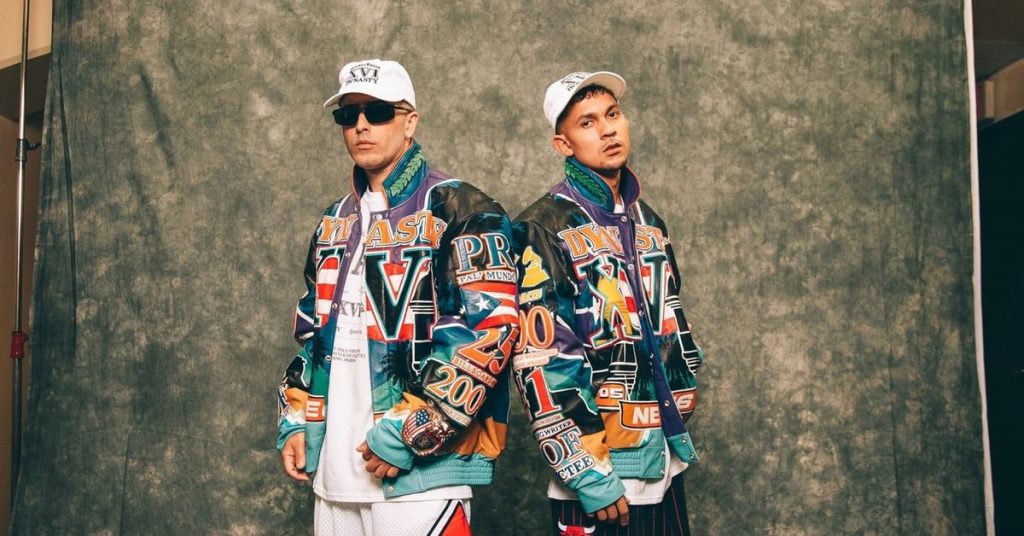 A promotional image provided by Neon16 featuring Puerto Rican reggae legend Yandel (i) and countryman, Billboard’s number one Latin music producer, Tiny (D), who today in person presents their single “Dejavu” on the island, their first album preview with Dynasty. Which will be released on July 16. EFE / NEON 16

San Juan, July 1 (EFE). Puerto Rican reggae legend Yandel, countryman and number one producer of Latin music on Billboard Tiny Thursday presented in person on the island their single titled “Dejavu,” the first preview of their collaborative album, “Family,” which will be released on July 16.
Artists celebrate Thursday by releasing the song at Eco’s Sport Park, located in the San Juan area of ​​Hato Rey.
“Dejavu” will be shown simultaneously with video screenings in 13 stadiums in the United States, Mexico, Colombia, Argentina and Chile.
The couple began working together 16 years ago when Yandel was beginning his global success as part of Wisin & Yandel duo.
Tainy – then 16 – had just gotten into the music business.
Now, with multiple Latin Grammy Awards and countless multi-platinum albums in their possession, they come together to create a project that mirrors Yandel’s voice and lyrics with Tainy’s innovative production.