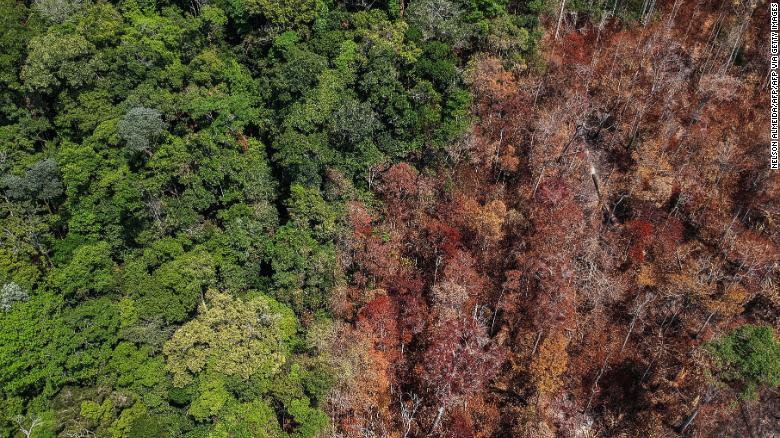 Guterres speaking at COP26: We dig our own graves 4:00

(CNN) – Leaders representing more than 85% of the world’s forests will commit on Tuesday to ending and reversing deforestation and land degradation by 2030, according to a statement from the British government.

Among the countries that are part of this agreement are Canada, Russia, Brazil, Colombia, Indonesia and the Democratic Republic of the Congo, which have important areas of forest.

Deforestation and forest degradation account for about 11% of the world’s carbon emissions.

Leaders will make the announcement at the Climate Conference COP26It will go to 8.75 billion pounds (US$12,000) in public funds to protect and restore forests, in addition to 5.3 billion pounds (US$7.2 billion) in private investment.

“Today at COP26, leaders signed a historic agreement to protect and restore the Earth’s forests,” Johnson said, according to the statement. “These large, flowing ecosystems – cathedrals of nature – are the lungs of our planet. Forests support communities, livelihoods and food supplies, and absorb the carbon we pump into the atmosphere. They are essential to our survival.”

“With today’s unprecedented commitments, we will have the opportunity to end mankind’s long history as the conqueror of nature, and to become its patron.”

See also  World Grandparents Day: General Indulgence for the Elderly and the Faithful