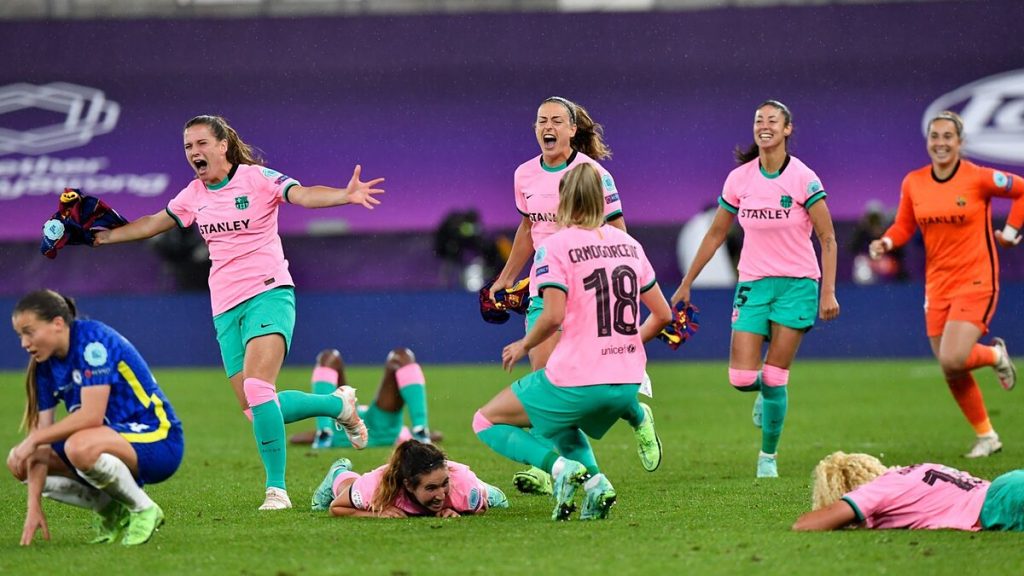 According to a study by DAZN and “The Female Quotient”, a total of 314 million people around the world, representing 16% of the world’s population, are interested in women’s football.. The numbers are increasing which presents a noticeable social demand to be covered in different markets. In the audiovisual field, the sports channel has taken a step forward by betting on it Partnership with UEFA and YouTube to broadcast the UEFA Women’s Champions League for the next four seasons.

The study indicates that 64% of consumers worldwide say they don’t watch women’s sports For three reasons: they don’t know enough about the players and the teams; They do not have many opportunities to see them; They don’t know where to see the available games.

66% of the total population in eight major markets (US, UK, France, Italy, Germany, Spain, Australia and New Zealand) say they are interested in at least one women’s sport. However, the gap between who is interested in watching and who can watch women’s sports is still very large. Almost all sports fans watch men’s sports (93%) and just over half watch women’s sports (63%). According to the above study, there is practically parity in female sports fans, because although the difference globally reaches 15% in some countries such as Italy, it is barely 1%.

The impact of increased coverage of women’s sports could be enormous. If women’s sports enjoy greater visibility and exposure, it is estimated in the UK alone that investment by brands and sponsors could triple to reach £1 billion in annual revenue by 2030.. According to a recent study by FIFA, leagues that exclusively negotiate broadcasting rights to women’s leagues generate, on average, seven times as much revenue as leagues that do not.

See also  Golf: San Sebastián Hickory Golf Open, an ode to the most ancient of sports

Women’s sports receive only 4% of sports media coverage in the United States And globally, the data is no better: from 2% from Malta or Greece, until the 4% from Sweden and the 7% from the UK, A maximum 15% in France. In 2019, US researchers also found it 95% of sports coverage, including premium programs that include sports-related content, Focus on men’s sports. The same thing happens cWhere is the coverage? Online, with women’s sports accounting for only 9% of news content and 10% of Twitter posts.

According to the study, DAZN has increased coverage of women’s sports by 175% since 2019 and continues its mission of providing easier access and more engaging content.. Among the short-term challenges is to position the UEFA Women’s Champions League as the premiere competition for women’s football worldwide: to provide easy access to all matches, both on DAZN and YouTube; convert players and teams into family names; Inspiring the next generation of young footballers, accelerating business growth and generating income.