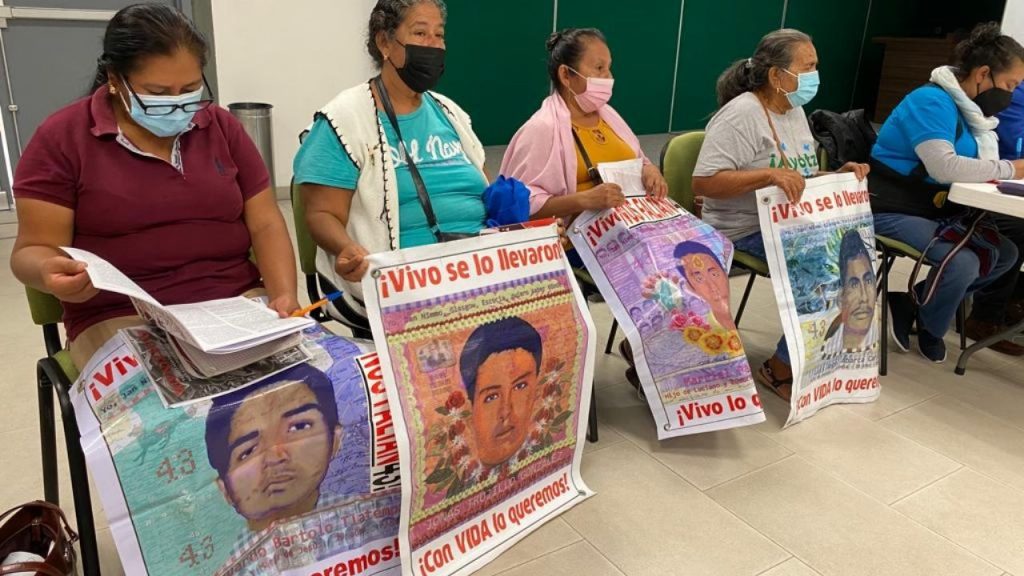 Mexico City (Operation). – In the previous article, you said that the climate crisis is not gender-neutral and that its effects are affecting women more severely. Capital and patriarchy limit the opportunities we have to adapt to changing circumstances and make invisible the enormous contributions that women make to countering the effects of the climate crisis.

For this reason, I am writing in this episode about some of the women defenders of land, territory and the environment, whose work, vital and valuable, falls into different lines of struggle and proposals against climate change.

Tara Huska is an indigenous lawyer working in North Dakota, United States, and is fighting against the Dakota Access pipeline. She is the co-founder of Not Your Mascots, a non-profit organization committed to educating the public about the harms of stereotypes and promoting positive representation of indigenous peoples in the public sphere. Since 2018, he lives with a group of water rangers on 70 acres of land. It is a resistance camp called Genio Collective, after the Ojibwe word meaning “golden eagle”.

In 2021, Huska reported the attacks she and several advocates had suffered while protesting the construction of an oil pipeline that would affect the right of Indigenous peoples on the US-Canada border to water. In July of the same year, she was arbitrarily arrested in Bennington, and after an international campaign she was released a month later. Tara continues to litigate and organize her people against enforcing the pipeline, as well as raising her young daughter.

Farhana Yamin is an English lawyer and environmental advocate, and an internationally recognized expert on climate change and development policy. She has advised leaders on climate negotiations for 30 years, representing developing countries and territories, and attended nearly every major climate summit since 1991. She is known for being one of the key architects of the Paris Agreement and her involvement in defence. Marshall Islands, acting on its behalf in international climate negotiations. Farhana found social protest a powerful tool to make herself heard. After years of negotiating the Paris Agreement, he decided that legal and diplomatic action was not enough, and encouraged the climate strike movement in England and other countries.

Lottie Cunningham Wren is a lawyer and advocate for the human rights of her people: the Miskito Nation. Cunningham participated in the first judicial process to claim the collective rights of indigenous peoples in Nicaragua before the Inter-American Court of Human Rights in Awas Tingni v. State of Nicaragua. It was able, in cooperation with the Miskito communities and international organizations, to publish a ruling stating that Nicaragua had violated the rights of indigenous communities by granting them the concession to exploit forest resources in their traditional lands without prior consent.

In Mexico, we have a long list of environmentalists who have also built alternatives to climate change. For space reasons, I will mention only a few. The highlight should be Celsa Valdovinus Rios. Celsa is a farmer, environmentalist and leader of the reforestation movement in the Sierra de Guerrero. She is the founder of the Ecological Women’s Organization of the Sierra de Petatlan (OMESP) in that state.

She began her career as an advocate with a women’s initiative to clean up community streams in her area and defend the forests against a Canadian logging company. Valdovinus suggests using women’s knowledge of nature, vegetable growth, and self-consumption cultivation to feed families in one of the poorest and most unequal regions of the country.

Guadalupe Ramirez, Na Lupita, as she is respectfully called in Union Hidalgo, her community, is an indigenous human rights defender from the Isthmus of Tehuantepec, Oaxaca. The region is facing an invasion by massive wind projects, and a decade ago began a self-taught process to defend its lands and territories.

Ná Lupita and the Unión Hidalgo community achieved the cancellation of a wind farm owned by Electricité de France that was to be installed without appropriate community consultation. Na Lupita has also fought for legislative changes so that indigenous consultations include a gender perspective that would allow women to participate freely in decisions about their lands.

In Belize, the Shock Sisters (Florentina, Miriam and Cristina) are the Mayan solar engineers who expanded access to solar energy for most of their country’s rural and remote communities, to combat energy poverty in the Toledo region. The Shock sisters attended Barefoot College in India to build and repair small solar home systems, and their strategy includes a participatory approach that strengthens community ties to tackle climate change and harness the benefits of solar energy.

Much has been written about the severity of the climate situation. In recent weeks, drought in Europe has highlighted the urgent need for effective measures to prevent a major catastrophe. The heads of state and owners of the world’s most polluting corporations, most of whom are white men, continue to emulate shallow and ineffective efforts.

We women remain on the sidelines of the official debate. However, the colleagues mentioned in this space are an example of a broader, but less obvious truth: When it comes to specific actions to counter the effects of climate change, it is we women who set the political agenda for organizing and creating. and suggestion.

Climate change affects us the most, the aggregate data and the inequalities we live and work in suggest, but experience says it’s up to us to build the best responses.

This analysis is part of issue 2391 of Proceso print edition, published August 28, 2022, Their digital copy can be purchased from this link.