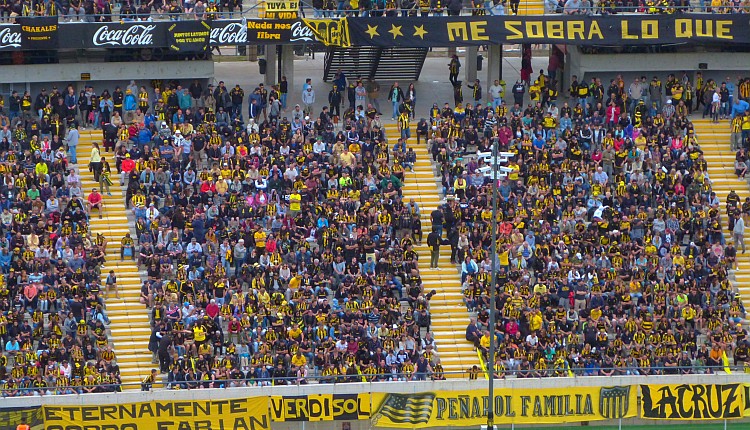 I think I, as a physician and a total fanatic of sports, have the right to comment on some of the actions taken by the Minister of Sports, primarily on the scheduled capacity of the South American quarter match between Peñarol and Sporting Cristal, although there are many others. Which I always disagree with in a constructive spirit.

Let’s start by comparing attendance at the F1 Grand Prix in England two weeks ago: 356,000 people over the weekend.

Let’s continue to present Leo Messi, the best footballer in the world and perhaps in history, at Parque de los Principes, home of Paris Saint-Germain, at full capacity and 50,000 people in the stands.

Other data to consider is that the UK in Europe is the country with the most new cases per day, just over 28,000, followed by France with 23,000 new cases detected daily and Austria is nearing its extreme peak in the infection curve.

So how do these countries allow outdoor sporting events at 100 percent capacity?

This government that bans the public in the first division all matches in the open air, arguing that the big teams are carrying many people and it would be risky, does not allow the audience in the first division matches, during the week and in Sharia, which 200 people will go at most. And able to exaggerate the number of spectators.

Since you mentioned the government, let me be clear: I am neither a government loyalist who applauds every action it takes, nor an anti-government who criticizes every action taken, however successful.

This same government allowed, or at least did not prevent and did not divide them, the March 8 marches and the diversity, because it was politically incorrect when the pandemic situation was much worse than now.

Returning to the question posed above, the only requirement apart from the corresponding entry for each offer is a GREEN PASS or proof of vaccination at least 14 days in advance.

In all of the outdoor shows mentioned above, most of the attendees did not wear masks, because the health authorities in those countries consider outdoor sports performances, with vaccinated attendees, to be of very low risk, almost non-existent.

I honestly believe the irreparable damage of the pandemic far exceeds 6000 deaths (so far) recorded by Covid, separated spouses, grandparents depressed because they can’t see their grandchildren, children with learning disabilities, there are some, and when you can generate happiness, enjoy the joy , at least 25 or 30,000 people of Peñarol, arbitrarily assigned a capacity of 5000.

Isn’t it a vision of reality to understand that outdoors and vaccinated, the risk is minimal or nil and the benefits are enormous… while being allowed to come and dance together on a night of nostalgia? Why is it the night the Uruguayans go out the most?

I think that Peñarolenses in this case and sports fans in others, countless examples, deserve more coherence in officials, in this case the Minister of Sports in allowing the attendance of outdoor sports performances.