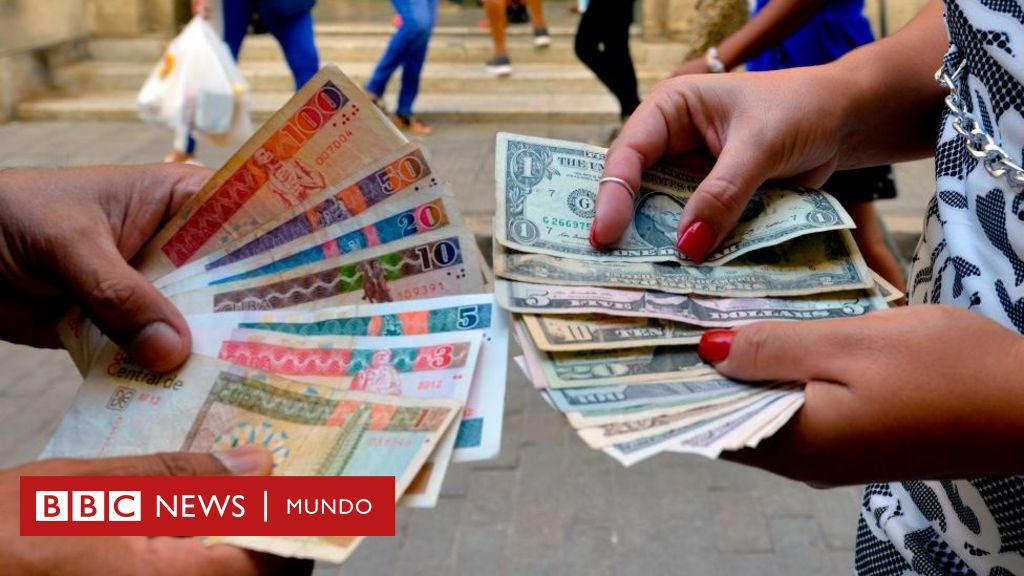 On Thursday, state media reported that the Cuban Central Bank “temporarily” suspended dollar cash deposits on the island, a measure that applies to Cubans and foreigners alike.

The procedure will then take effect June 21, the day when Cuban banks will not be able to receive dollars to deposit or exchange them for the national currency.

The decision came, as stated in the BCC, “before The economic embargo of the United States hinders the national banking system from depositing cash in dollars abroad Americans being collected in the country,” Granma reported.

The publication stressed that it is “a measure to protect the Cuban financial system, which is applied only to the United States currency in cash. And not to accounts in that currency.”

deposits in Other foreign currencies will not be affected. Electronic dollar transfers are also not prohibited.

The BCC has not indicated when the restriction will be lifted.

Quoting the BCC, Granma daily says the decision is “indispensable” given the restrictions at “extraordinary levels” that Cuba has had to deposit the US dollar bonds it receives in international banks.

This is “a result of the extraterritorial effects of the embargo and the measures taken by the United States in the past four years that are still in effect today.

In addition, since last year, the Cuban government has abolished a 10% tax on the use of dollars, as part of measures to counter the epidemic, Deposit increase in US coins on the island.

The largest use of dollars as cash on the island was also due to various restrictions imposed by Washington on Send money transfers from the United States to the island and penalties for intermediary companies.

“The banking system has no choice but to temporarily suspend the acceptance of cash deposits in US dollars,” Granma said.

He added that “the duration of this procedure will depend on the abolition of restrictions that prevent the normal conduct of the procedures for exporting US currency.”

What does that mean for Cubans

Cuba is experiencing a serious economic crisis and the shortage of basic products has worsened in recent months.

Although the problems started earlier, the disappearance of tourism due to the coronavirus pandemic has made things even more difficult.

In December the government announced the disappearance of one of the country’s two legal tender currencies and other economic reforms that many experts had been calling for for years to clean up the economy, but can lead to an increase Sharply steep in short-term prices.

Economist Pavel Vidal, from the University of Gafriana in Cali, Colombia, told BBC Mundo that “since the recession started in 2019 and the Cuban peso began to lose value, the use of the dollar has gained importance, something that is becoming increasingly important…more weight in the economy.”

The expert believes that those who will be most affected by this measure will be those who send and receive dollar transfers, on which many Cuban families depend, and who will now have to do it in other currencies, with the consequent risk of losing the currency. exchange rate.

“In fact, the government is moving families بنقل Financial risks arising from reservation.

For Cuban economist Mauricio de Miranda, the measure shows that “the government is in dire need of the dollars and is looking for the largest amount of them in the shortest possible time.”

Experts are of the view that it is likely that between now and June 21, when the measure goes into effect, the state will raise a lot of dollars.

In the current context of shortages, stores with more items are the so-called MLC (free convertible coins) stores, state-owned, where basic hard-to-find products can be purchased, but cash is not allowed, which will lead to Deposit a lot of their money in the bank so they can pay with their card before that becomes possible.