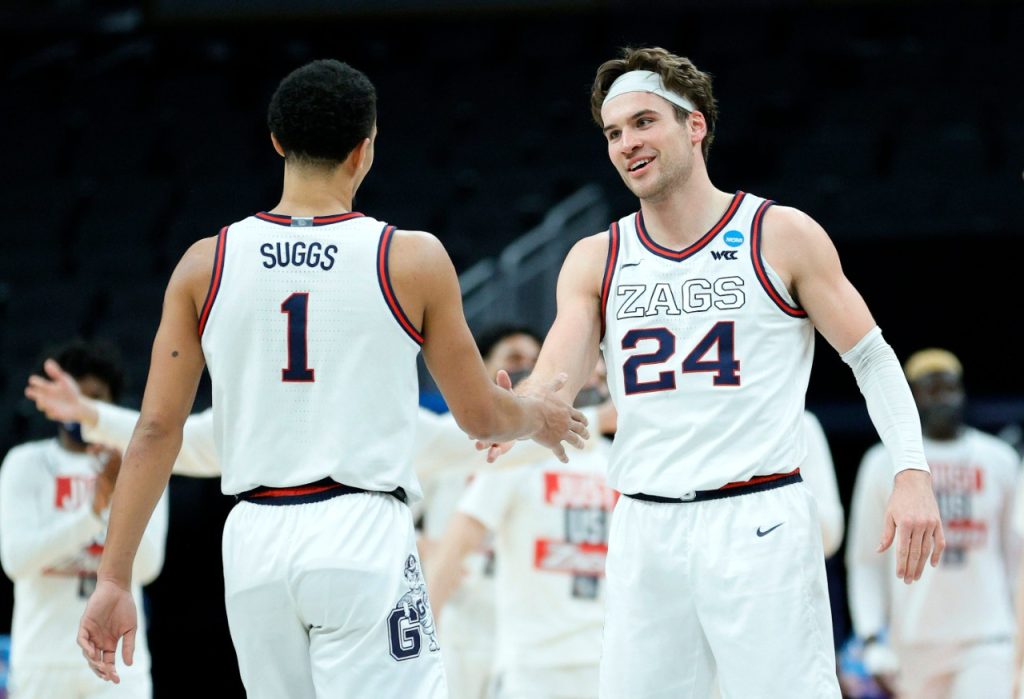 March Madness might just be one of the toughest tournaments in world sport to predict from a betting angle with 68 of the best college basketball teams competing against each other.

We see top teams, quality coaching and the next generation of NBA talents face off on a daily basis during an intense three week period meaning luck, fatigue and mental strength all join talent to decide the eventual winner with shocks almost guaranteed along the way.

Here we try to break that all down as we take a look at some of the favourites to win March Madness along with one wildcard pick.

As a wildcard pick, there will obviously be plenty of reasons you can find not to back them but, if the stars align, Texas Tech could surprise a few at March Madness.

They’ve proven throughout this season that, when they get going, they’re a tough team to stop and back to back wins over the likes of Kansas and Baylor prove that.

One big thing that means they’ll always have a chance in games is how they spread the scoring around; Bryson Williams leads the team scoring averages with 13.4 points per game but three others – Terrence Shannon, Kevin, McCullar and Davion Warren – all hold averages north of 10.

Getting to the favourites

As we move into the March Madness favourites we start with the Boilermakers. They were the number four seed in the tournament last season and, back then, they were predominantly a team made up of freshmen. This time around, they have a lot more experience in their ranks both as individuals and as a team.

Most of their players returned to the school including the likes of Trevion Williams and Jaden Ivey; they’re two of the best college players in the nation. Ivey, in particular, is projected to be amongst the earliest picks in the upcoming NBA draft due to him averaging 17.7 points, 5.0 rebounds, 3.2 assists and 1.0 steals per game for his team. Purdue aren’t heavy favourites but with Ivey and co they have a fighter’s chance at the very least.

Next up we have the Auburn Tigers, who at one point this season was on a mightily impressive 19 game winning stretch. That put them amongst the very strongest favourites for March Madness but a recent loss against Arkansas, which means their record now stands at a still sturdy 23-2, has seen them drop down the listings a little bit.

Of course, they still pose a threat to the other teams in the tournament; this is mostly because they have a lot of different players on this team that contribute. One man to watch is Walker Kessler; he has been a major factor on the Tigers’ defensive end. The forward is averaging 1.0 steals and 4.6 blocks per game. Auburn also have four players in double digits when it comes to points per game!

Taking the bronze medal rank in our list of March Madness is a Kentucky Wildcats side that had a horrible year last season. Their tournament run was disappointing and injuries had piled up on them. This time around though their roster is much improved and ready to take on anybody in their path. Oscar Tshiebwe has been absolutely phenomenal.

See also  America wants to settle the outstanding accounts with Monterrey, in the final of the CONCACAF Champions League

The forward leads the team in every major statistical category except for assists. His numbers are 16.4 points, 15.3 rebounds, 1.1 assists, 2.0 steals and 1.4 blocks per game. It’s hard to take them down with a guy dominating both ends of the floor as he is. Anytime you have a superstar player like him on your roster, you could win it all – and Kentucky just might.

As seems to be the case with every team with great odds, the Arizona Wildcats have a superstar player leading them. Bennedict Mathurin has been excellent to say the least. He averages 17.0 points, 5.9 rebounds and 2.2 assists per game. He is also shooting 37% from behind the arc. Azuolas Tubelis has been a great combination with Mathurin as well; he has added 14.9 points per game.

The Wildcats have only lost two games all season up to this point and have taken down a few top-ranked teams already including Michigan, UCLA and USC. There will be plenty of money backing Arizona to go deep in March Madness.

Without a doubt, the Gonzaga Bulldogs are the heavy favourites to win March Madness. They were in the finals last year and were about to pull off an undefeated season before losing to Baylor. Jalen Suggs and Corey Kispert have both moved to the NBA since then but they have held onto Drew Timme.

They also partnered him with Chet Holmgren, who is many peoples number one draft prospect ahead of the upcoming NBA draft. Timme averages 17.4 points and Holmgren averages 14.6 of his own. They are 20-2 at this point in the season as well.

See also  Exatln Mexico: This is how pretty Ana Lago has changed since Season 1: PHOTO

This isn’t even mentioning their other five-star recruitment Hunter Sallis and their top guard Andrew Nembhard. You heard it here first, Gonzaga are the team to beat. If you want to bet on them on March Madness click here to find out how.